Prince Turki Alfaisal: The Arab Initiative is the Only Way to Peace with Israel
Date: 2018-04-05 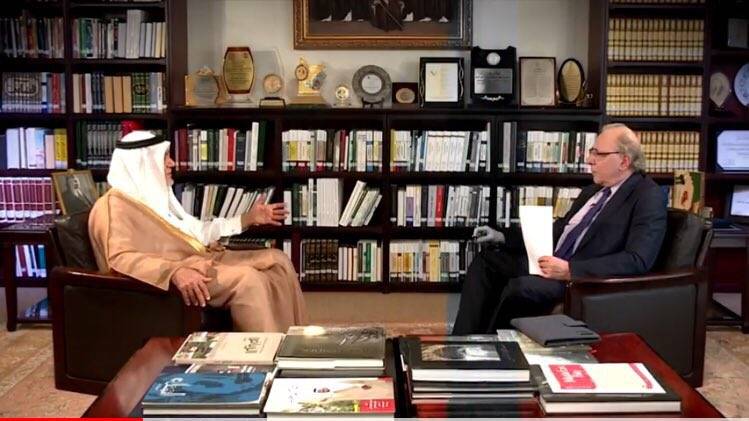 Chairman of the King Faisal Center for Research and Islamic Studies, Prince Turki Alfaisal, said that the Arab Peace Initiative launched by King Abdullah bin Abdulaziz, may Allah have mercy on him, is the only way to achieve a just and comprehensive peace between the Palestinians and the Israelis.

In his interview with the "Russia Today" program, Alfaisal stressed that the Palestinian people must be reunited and that the parties should unite and form a single nucleus to face the ongoing Israeli challenges in the displacement, imprisonment, assassination of Palestinians, and land-grabbing.

Alfaisal said during a television interview that he was one of those who criticized US President Donald Trump's decision to transfer the US embassy to Jerusalem, stressing that normalization with Israel was a "lie" launched by Israeli Prime Minister Benjamin Netanyahu.

He pointed out that Saudi Arabia is making great efforts to combat and fight terrorism and extremism, including the establishment of the global center to combat extremist ideology.

On another subject, Prince Turki Alfaisal explained that what happened in America from the dismissal of Secretary of State Rex Tillerson is an internal American affair.

On the Russian issue, Prince Turki Alfaisal ruled out Russia's use of oil as a weapon in solving its problems, saying that it is useless to use it as a weapon of pressure at the present time.