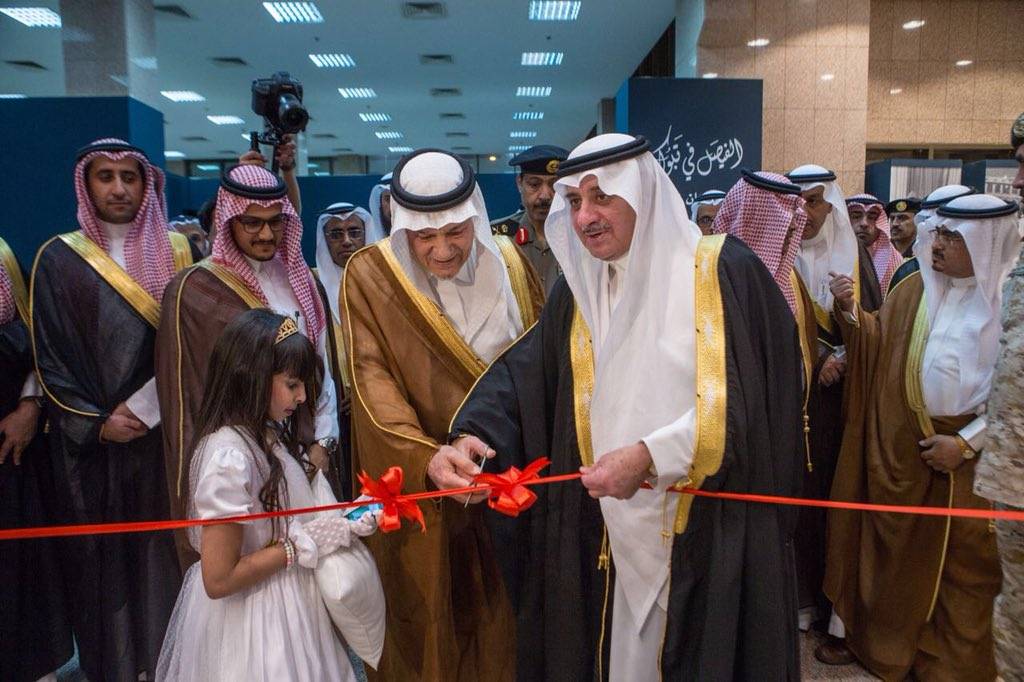 In the presence of His Royal Highness Prince Turki AlFaisal, Chairman of the King Faisal Center for Research and Islamic Studies, Prince of Fahd Prince Fahd bin Sultan inaugurated the exhibition "Alfaisal: Witness and Martyr" on Tuesday, March 20th, 2018, in the Prince Sultan Cultural Center, in the presence of a number of officials.

It is noteworthy that Alfaisal exhibition was organized in a number of regions of the Kingdom during the past years, in addition to the foreign tour which was hosted by the cities of Astana and Almaty in the Republic of Kazakhstan during the past year.