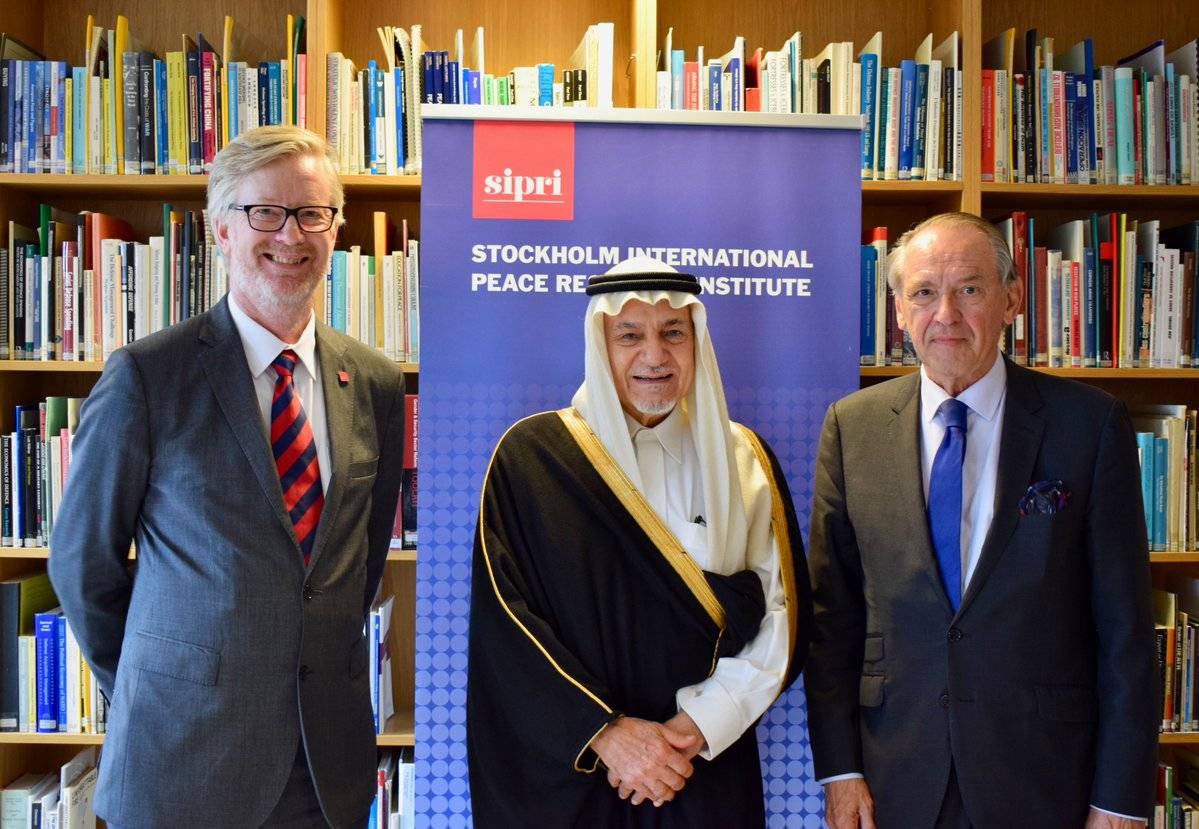 Prince Turki Alfaisal, Chairman of the King Faisal Center for Research and Studies, participated in a seminar on April 27th in Stockholm, Sweden, entitled: "Saudi Arabia and Regional Developments in the Middle East," organized by the Stockholm International Peace Research Institute (SIPRI) under the direction of the Institute's Director and the Deputy Secretary-General of the United Nations, Jan Eliasson.

Prince Turki Alfaisal explained in his working paper entitled: "Crisis in the Middle East: A Saudi Perspective" that the Kingdom is not exceptional in its Arab and Middle Eastern region in defending its internal peace and security, avoiding internal conflicts and working to establish peaceful. He added that Saudi Arabia is firm and decisive in the face of Iranian interference in the region,  and he hopes that the Iranian people will encourage their leaders to take a more prudent and safer path. He also hoped that other countries in the region would work hard to overcome all the challenges they faced, stressing that the Kingdom was reaching out to help.

Prince Turki Alfaisal said that the prevailing conditions in the Middle East, particularly in the Arab region, are not optimistic. Strategically, they are on all fronts for all possibilities. The disastrous events of the past decades, such as the repeated Arab-Israeli wars and conflicts, the Lebanese civil war, Iraq and Iran, the invasion of Kuwait, the US invasion of Iraq, and the continued foreign interventions contributed greatly to this weakness, coupled with the failure of many of our countries in the face of the common threats that are constantly looming for our existence and our people. He stressed that we need to learn from past missteps and plan for the future and meet the challenges that threaten our existence with courage.

He pointed to the most important challenges facing the Arab world, including the preservation of the nation state in the Arab world, which is of vital importance to the security and stability of its social components. Therefore, we must seek to save the Arab countries that are on the verge of collapse and disintegration.