Prince Turki Alfaisal Renews His Rejection of the US Administration's Decision on Alquds
Date: 2018-12-13 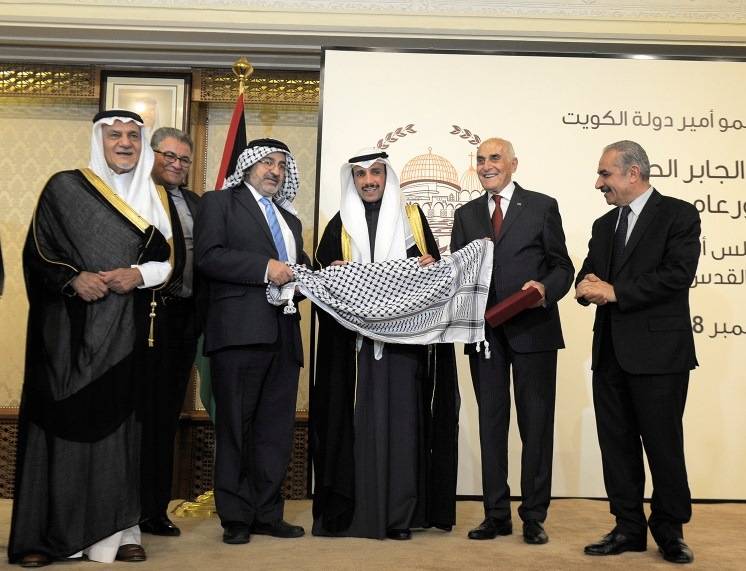 HRH Prince Turki Alfaisal, Chairman of the King Faisal Center for Research and Islamic Studies, attended the fourth Meeting of Board of Trustees of Alquds (Jerusalem) Trust  on December 11th, 2018, under the Custodianship of Shaikh Sabah Al Ahmad Al Jaber Al Sabah Emir of Kuwait.

During a lecture he presented at the meeting, he recalled the positions of the kings of the Kingdom of Saudi Arabia from the time of the founder King Abdulaziz to the Custodian of the Two Holy Mosques, King Salman. King Salman rejected the decision of the American administration regarding Alquds (Jerusalem). He praised the international consensus rejecting this resolution and stressed that East Jerusalem is an integral part of the Palestinian land.

Prince Turki Alfaisal valued the final communiqué of the Gulf Cooperation Council summit, which ended days ago in Riyadh. The statement said that Alquds (Jerusalem) is the historic capital of Palestine in accordance with international resolutions and that any action by the Israeli occupation authorities is null and void, resulting in the weakening of the chances for a comprehensive and lasting solution based on the two-state solution and the establishment of an independent Palestinian state with East Alquds as its capital.

Prince Turki Alfaisal thanked Kuwait's Amir Sheikh Sabah Al-Ahmad Al-Sabah for hosting this meeting, as well as expressing his appreciation for Kuwait's role in supporting Alquds and Palestine. He also thanked the Speaker of the Kuwaiti National Assembly, Marzouq Al-Ghanim.

The Board of Trustees of Alquds Trust held two meetings during the period of December 11-12 to discuss a number of topics, including strengthening the role of Arab and Islamic governments and businessmen in supporting Alquds and supporting investment in it, as well as organizing an international conference to support them.