Prince Turki Alfaisal: Saudi Arabia is on the Right Track Thanks to its Openness to the World 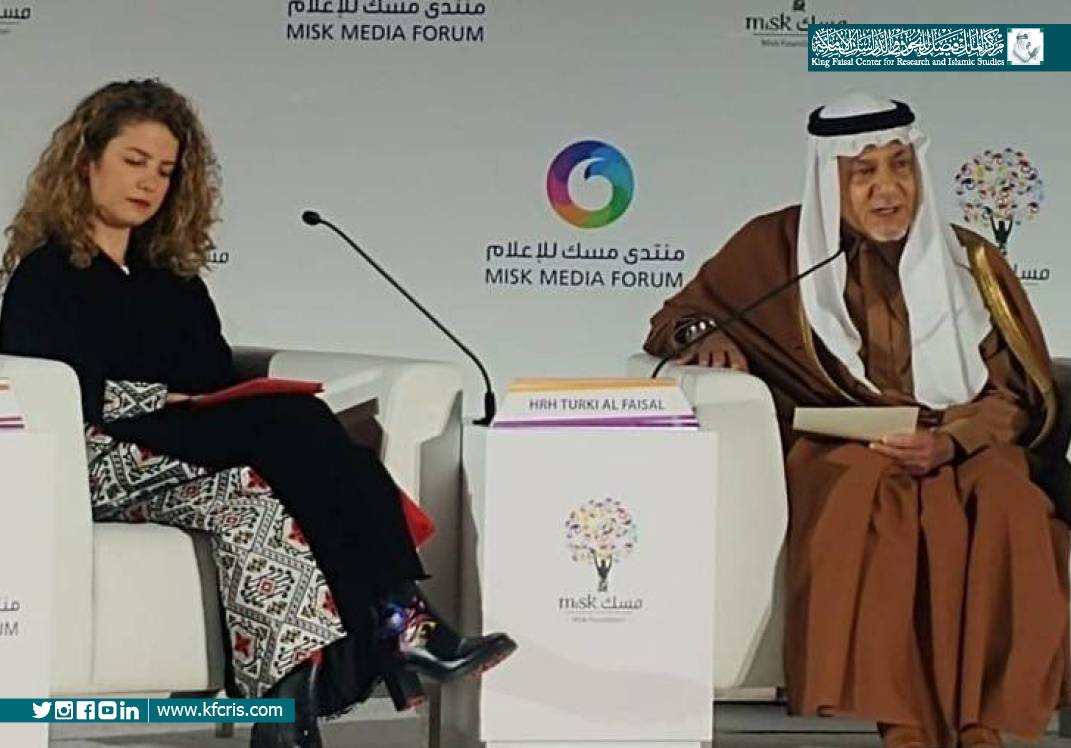 Prince Turki Alfaisal, Chairman of the King Faisal Center for Research and Islamic Studies, stressed that the country's current openness to the world means that it is on the right track.

Alfaisal spoke during his participation in the first session of the Misk Media Forum, organized by the Misk Foundation on Tuesday, February 21 2016 in Riyadh, with the participation of many media professionals and influencers: "Since its inception, Saudi Arabia has suffered wars against it because of the different approach, principle and religion, noting the first statement of the founding king 100 years ago, in response to his opponents."

He pointed out that the leaders of Saudi Arabia, since the time of the founding King until the era of the Custodian of the Two Holy Mosques King Salman bin Abdulaziz, are walking in accordance with a clear and true approach, the constitution of the Book of Allah, and the Sunnah. In a session titled "The Use of Media in Confronting Chaos and Enhancing Stability", Alfaisal focused on the seriousness of dealing with the media, noting that the media in the West is based on more excitement.

He stressed that the lack of verification of the truth of the information is a serious risk, in addition to the danger caused by cyber wars, which lead to the worst in terms of destruction. He pointed out that the correction of the image of Saudi Arabia needs more action, stressing at the same time that his country has the tools and keys to communicate with others, noting the efforts of the Ministry of Information in contrast to the real picture of Saudi Arabia, pointing out that the road is long and that more needs to be done.

He also said that the recent developments in the media have made the ministries of information useless and may be an obstacle, as he put it, supporting the closure, including the Ministry of Information Saudi Arabia.

Alfaisal pointed out that the traditional and modern media in the West are influential in creating laws to control social media because of their departure from the ruling regimes, pointing out that the media in this era is characterized by non-compliance with laws. He also called for the establishment of ethical controls and standards that reflect values to protect the society from false news, but at the same time he stressed that he is not restricting the new media. He stressed the need to communicate with the media, referring to his experience in Britain when he was ambassador in London.