On the sidelines of the premiere of the film "Born King" in Riyadh, Prince Turki Al Faisal: King Faisal was born a king and drew the attention of the world in his youth 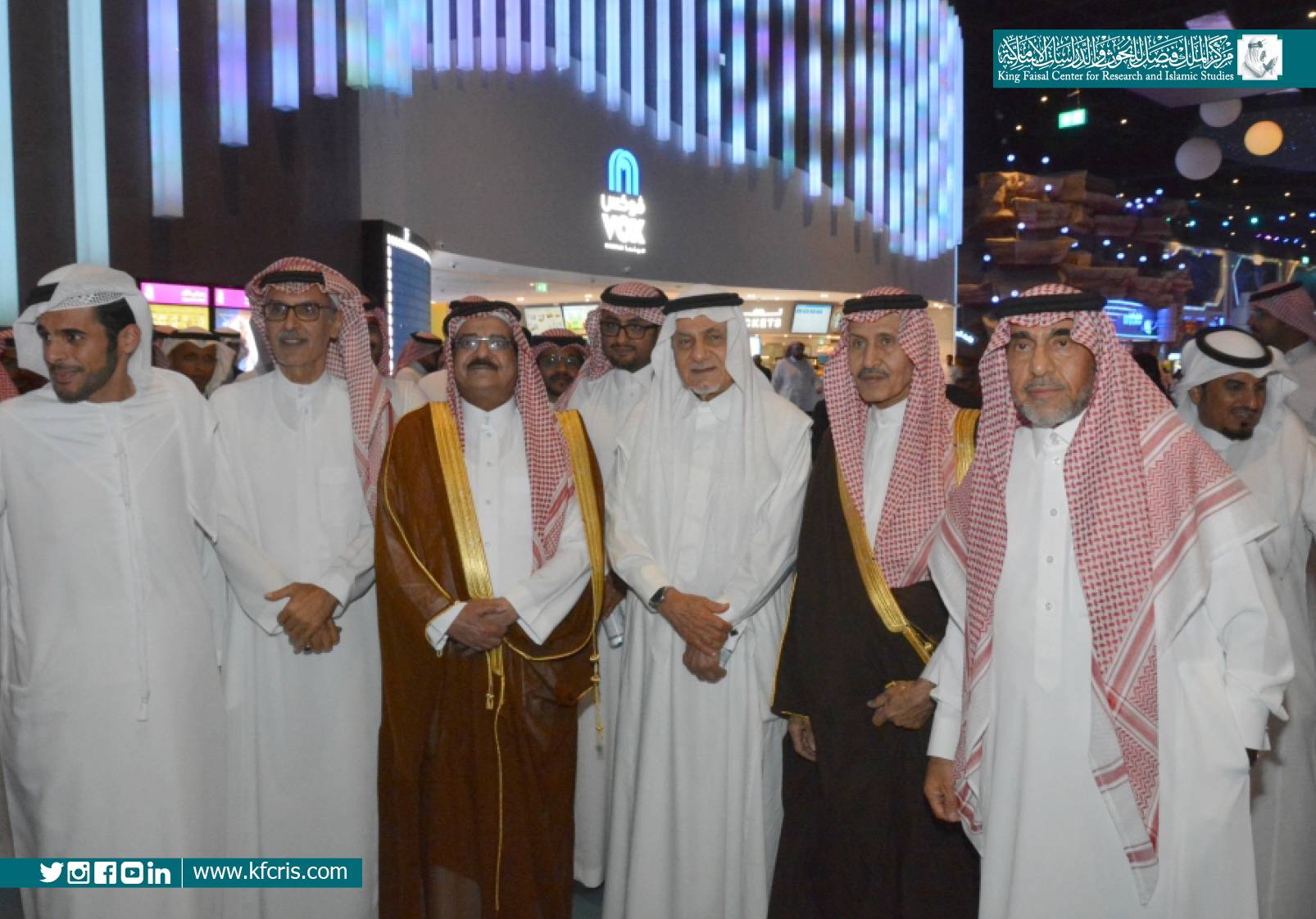 His Royal Highness Prince Turki Al-Faisal, Chairman of the King Faisal Center for Research and Islamic Studies, expressed his happiness at the presentation of the film "Born A King", which deals with King Faisal's visit to Britain in 1919. Where the film was screened twice in the presence of a group of intellectuals, media professionals and diplomats from inside and outside Saudi Arabia in March and April. The show will be available to the public at the cinemas in Riyadh at the end of September, God willing.

His Highness thanked the filmmakers for their efforts to produce a professional cinematic work worthy of the status of King Faisal and its influence in the history of Saudi Arabia and the Arab and Islamic worlds for more than half a century, indicating that the late King led his country with wisdom and courage. And his historical initiatives have a profound and profound impact on various issues at the national, regional and international levels. He pointed to the importance of the film and its role in introducing the emerging generations to the character of King Faisal, may God have mercy on him - as a model for the historical leader who spent his life serving his countrymen and the renaissance of his country.

Prince Turki al-Faisal said: "Al-Faisal was born a king, and he was able to draw the attention of the world in his early years, and he faced great challenges for his people and his nation. He was raised in the House of Knowledge, and the father of science and politics from his father, founder King Abdulaziz, and represented his father and his country in many important conferences and events, beginning with the invitation of King George V to visit London and his age of 13 years, and then to meet the victorious Allies in the First World War of the Peace Conference in Paris » . The film explores the journey to Britain, where he surprised the world by appearing as a leader of calm, wisdom and serenity. World leaders expect him to have a brilliant future in politics.

Oscar-winning Oscar producer Andres Gomez said he was very pleased with the film's production and said: "After doing a lot of movies with leading filmmakers and actors in the world, he managed to produce the film" Born King ". Pointing out that the project was for a long time a reflection and dream, and was not achieved until 2015 when he met Prince Turki al-Faisal.

The film is a joint production between Saudi Arabia, England and Spain. It was filmed between Riyadh and London under the direction of Andres, Spanish director Agusti Villaronga, Badr Al Samari from Saudi Arabia, Ray Lorega and Henry Fritz and actors Hirmione Corfield, Fox, and James Fleet, as well as a Saudi child like Al-Faisal and his age of 8 years, and the young man Abdullah Ali, Saudi actor Rakan Abdul Wahid, in addition to the participation of more than 80 young Saudis in the film.