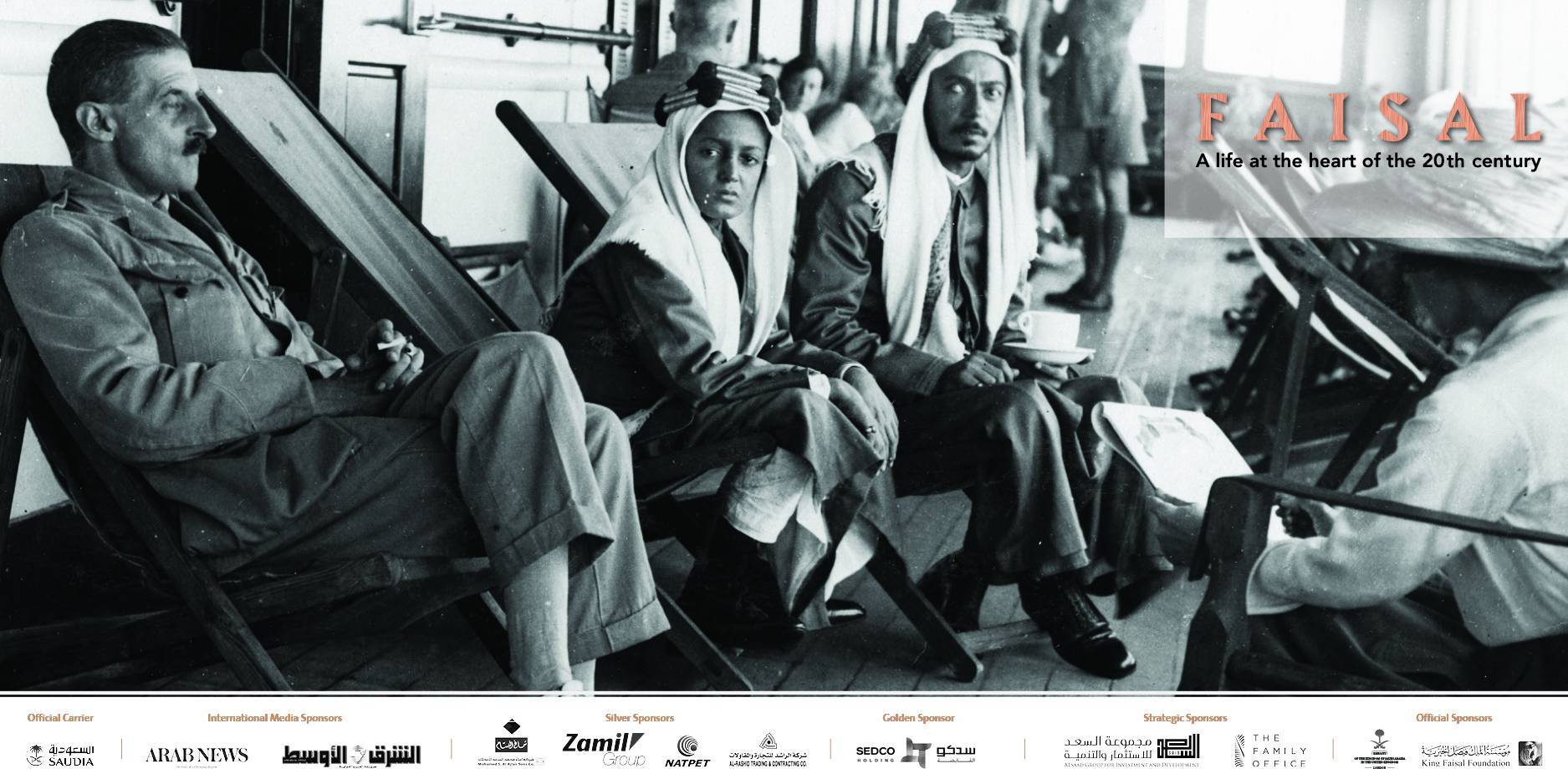 King Faisal Center for Research and Islamic Studies is organizing an exhibition on King Faisal bin Abdul Aziz, may Allah showers him with His mercy, on the occasion of the 100th Anniversary of Al-Faisal's Historic Trip to Europe and the signing of the Versailles Treaty, on Friday the 23rd of Rabi' 2nd, 1441 Hijri, corresponding to December 20th, 2019, in the Nash Room at 116 Paul Mall in the British Capital London.

HRH Prince Turki Al-Faisal, Chairman of the Board of Directors of the King Faisal Center for Research and Islamic Studies, said that "Al-Faisal" Exhibition is the First Exhibition held in Europe, with the aim of introducing the world to his personality, history and career as one of the prominent leaders of the world.

Al-Faisal explained that the Exhibition in London traces the steps of "Al-Faisal" in his historical tour, exploring aspects of his trip, some places he went through, the Figures he met, and the importance of his tour in Europe in 1919.

The exhibition includes seven sections, the first section «Najd», where the life of King Faisal began, and from which he embarked on his tour to Europe, and the second section "India", which tells the story of his visit as a boy to India, and it was his first contact with the world, while the third section deals with «London» which represented the first European station in the tour of [King] Faisal in 19??, the fourth section "England, Wales and Ireland", which talks about the details of his visit to Britain and Ireland, and the fifth section «on the battlefields» which views the observation of [King] Faisal of battlefields in Europe only one year after the end of the First World War, and the sixth section «Paris» that talks about his visit to Paris as part of his European tour, while the 7th section "The Legacy", which reviews the positive results of [King] Faisal's historic visit to Europe.

The King Faisal Center for Research and Islamic Studies is co-sponsoring al-Faisal Exhibition, led by the King Faisal Charitable Foundation and the Embassy of the Custodian of the Two Holy Mosques in London as official sponsors, the Family Office Company and al-Saad Investment and Development Group as strategic sponsors, In addition to SEDCO Holding as a golden patron. As for the Silver Sponsors, they are: The National Petrochemical Industries Company, Al-Rashid Trading and Contracting Company, alZamil Group, Sons of Mohammed Al-Saad al-Ajlan Company, the official carrier is Saudi Arabian Airlines, and the international media sponsors are The Middle East and Arab News newspapers.

It's worth pointing out that Al-Faisal Exhibition has been held [organized] in a number of regions of the Kingdom over the past years, in addition to his foreign tour hosted by the Cities of Astana and Almaty in the Republic of Kazakhstan in 2017.