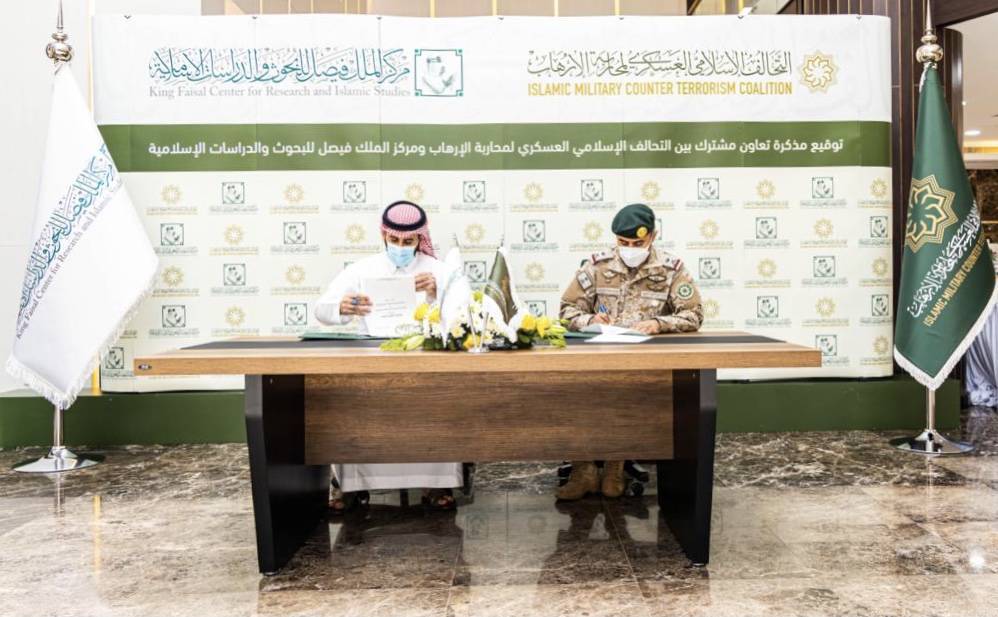 On Wednesday June 02, 2021, the King Faisal Center for Research and Islamic Studies (KFCRIS) signed a memorandum of understanding (MoU) with the Islamic Military Counter Terrorism Coalition (IMCTC). In the signing of the MoU, the KFCRIS was represented by its Acting Secretary-General, Turki Alshuwaier, and the IMCTC was represented by its Acting Secretary-General, Maj. Gen Mohammed bin Saeed al-Moghdi.

The signing of the MoU falls within the framework of the Center's efforts to strengthen cooperation with local, regional and international entities.