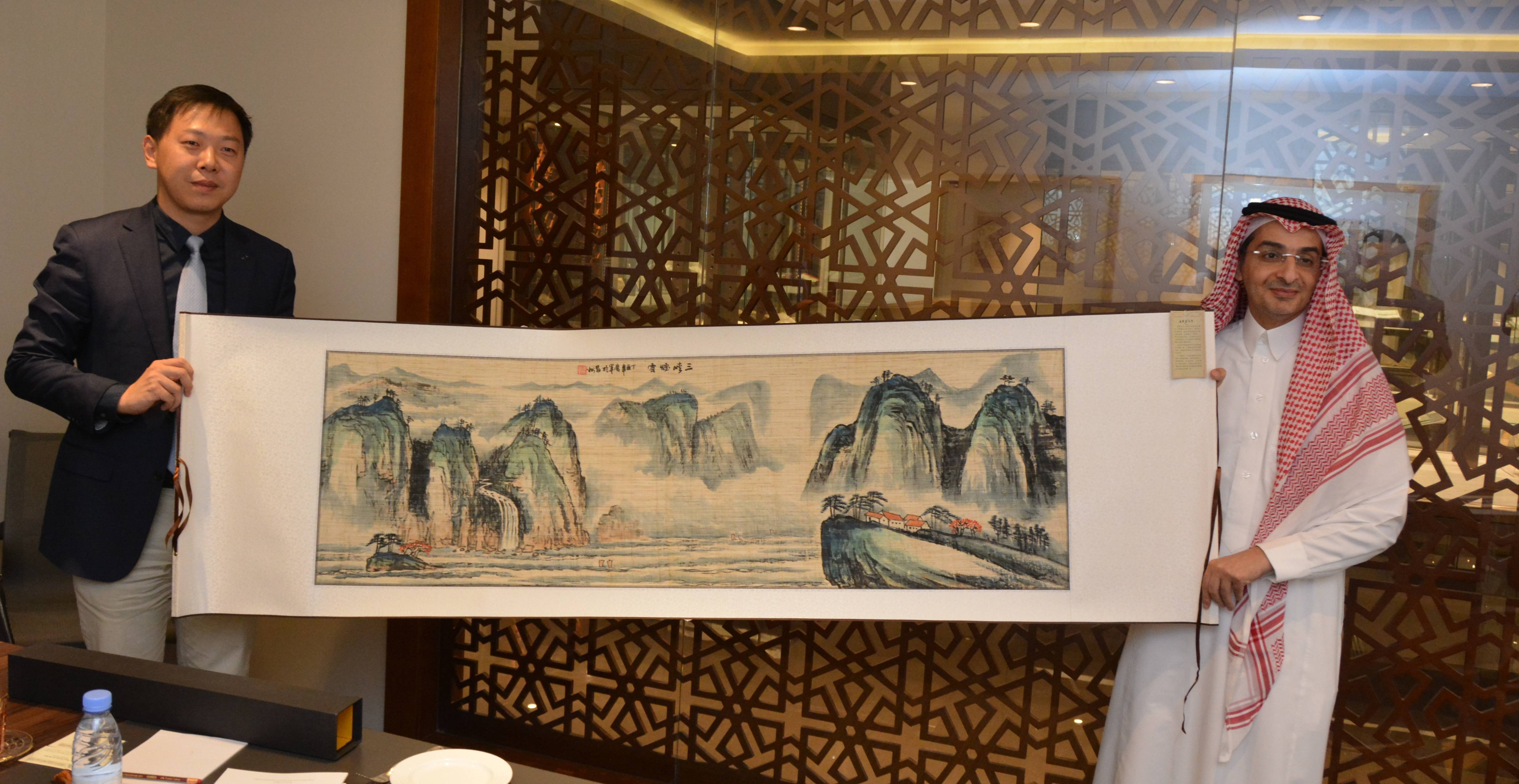 A delegation of Chinese scholars visited the King Faisal Center for Research and Islamic Studies (KFCRIS) and met Dr. Saud Al-Sarhan, Secretary-General of the KFCRIS, to discuss ways of cooperation in translation, research, and scholarly exchange. The Chinese delegation included Professor Liu Xinlu, Dean of the School of Arabic Studies at the Beijing Foreign Studies University and Executive Director of the Sheikh Zayed Center for Arabic Language and Islamic Studies in Beijing, and Professor Song Xinning, School of International Studies at the Renmin University. Dr. Wan Lei, a Senior Research Fellow at the KFCRIS, also attended the meeting.

The Secretary-General reviewed the role of the Center in studying and analyzing ideas that contribute to improving policies and meeting the challenges of decision-makers, as well as the Center's interest in strengthening cooperation with different countries and international institutions. The meeting dealt with ways of cooperation with the Center in the field of translation and publication of specialized books dealing with the Saudi subjects, in view of the need of the Chinese Library, researchers and interested Chinese to such references and objective knowledge about Saudi Arabia. The College of Arabic Studies at the Foreign Studies University in Beijing has a unique and successful translation and publishing experience in Arabic, being the largest and oldest college in China to teach Arabic and Arabic studies. The meeting also discussed the possibility of cooperation in the field of scholarly research and knowledge exchange, especially in the field of issuing scientific research groups, holding academic and scientific seminars that discuss the Middle East issues and relations between China and the Arab countries.

The delegation also paid a visit to the manuscripts section of the Center, in addition to the Library, where they learned about the research services provided by the Center for researchers, as well as a tour of the Al-Faisal Museum of Arab Islamic Art.