The Office of the Chairman 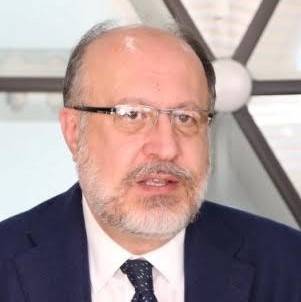 Dr. Kéchichian is a Senior Research Fellow at the Office of the Chairman of KFCRIS. He is also the CEO of Kéchichian & Associates, LLC. He obtained his PhD in Foreign Affairs from University of Virginia in 1985. He taught at University of Virginia between 1986 and 1988, and assumed the assistant deanship in international studies at the same university between 1988 and 1989. He was a Hoover Fellow at Stanford University under US State Department Title VIII Program in 1989, and an Associate Political Scientist at RAND Corporation and a lecturer at University of California, Los Angeles (UCLA) between 1990 and 1996. He was a fellow at UCLA's Gustav E. von Grunebaum Center for Near Eastern Studies between 1998 and 2001, with Smith Richardson Foundation grant (1998-99). He served as the Honorary Consul of the Sultanate of Oman in Los Angeles between 2006 and 2011.

"Can Turkey and Iran Lead the Muslim World?," Commentary, 2020

"Can Lebanon Be Saved? Only if Citizens Reinvent Their Society and Avoid a New Civil War," Commentary, 2020.

"How Does China View the Middle East, and Can It Benefit from Expanding Regional Opportunities?," Commentary, 2019.

Political Participation and Stability in the Sultanate of Oman, Dubai: Gulf Research Center, 2005.