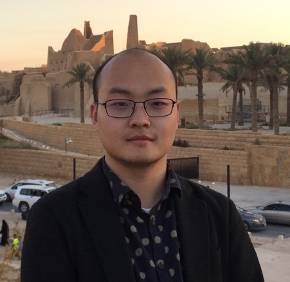 Dr. Wang Tingyi is a Senior Associate Fellow at the King Faisal Center for Research and Islamic Studies. He holds fellowships at Tsinghua University as Assistant Professor and at the University of Oxford as Postdoctoral Research Fellow. He has also previously taught at Schwarzman College of Tsinghua University.

He was a visiting research fellow at King Faisal Center during 2015-2016, before that he was visiting scholar at the University of Cambridge (2013-2014) and American University of Sharjah (2014-2015). He received BA from Peking University and holds a PhD in Political Sciences from Tsinghua University. He has also studied at Cairo University during 2008 and 2009.

“China and the Middle East: Old Friends in A New Era,” International Institute for Asian Studies, Leiden, The Newsletter No. 80 Summer, 2018.

“China’s One Belt One Road Initiative and its Strategic Connections with Arab Countries in the Gulf,” in Tim Niblock and Alejandra Galindo eds., The Arab States of the Gulf and BRICS: New Strategic Partnerships in Politics and Economics, Gerlach Press, 2016，pp.172-191.

“The Distance between China and the Middle East is Not Far Any More,” China Net, Jan, 2016. (in Arabic)