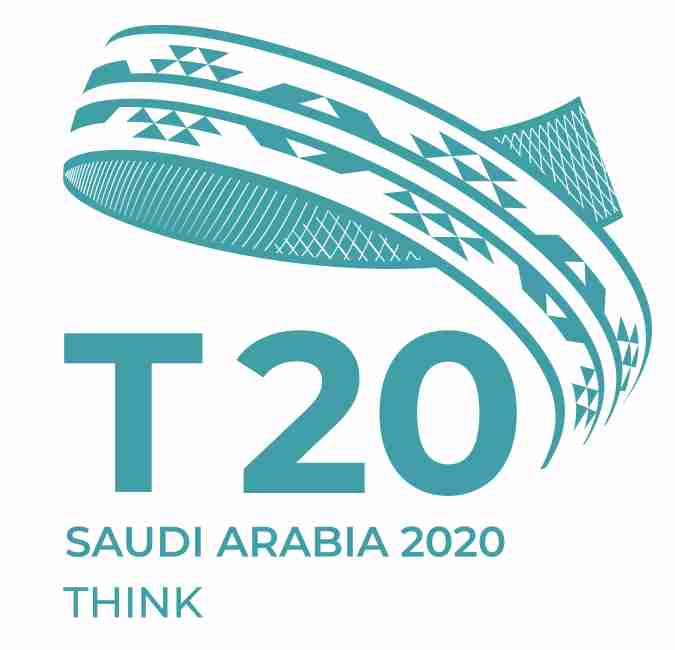 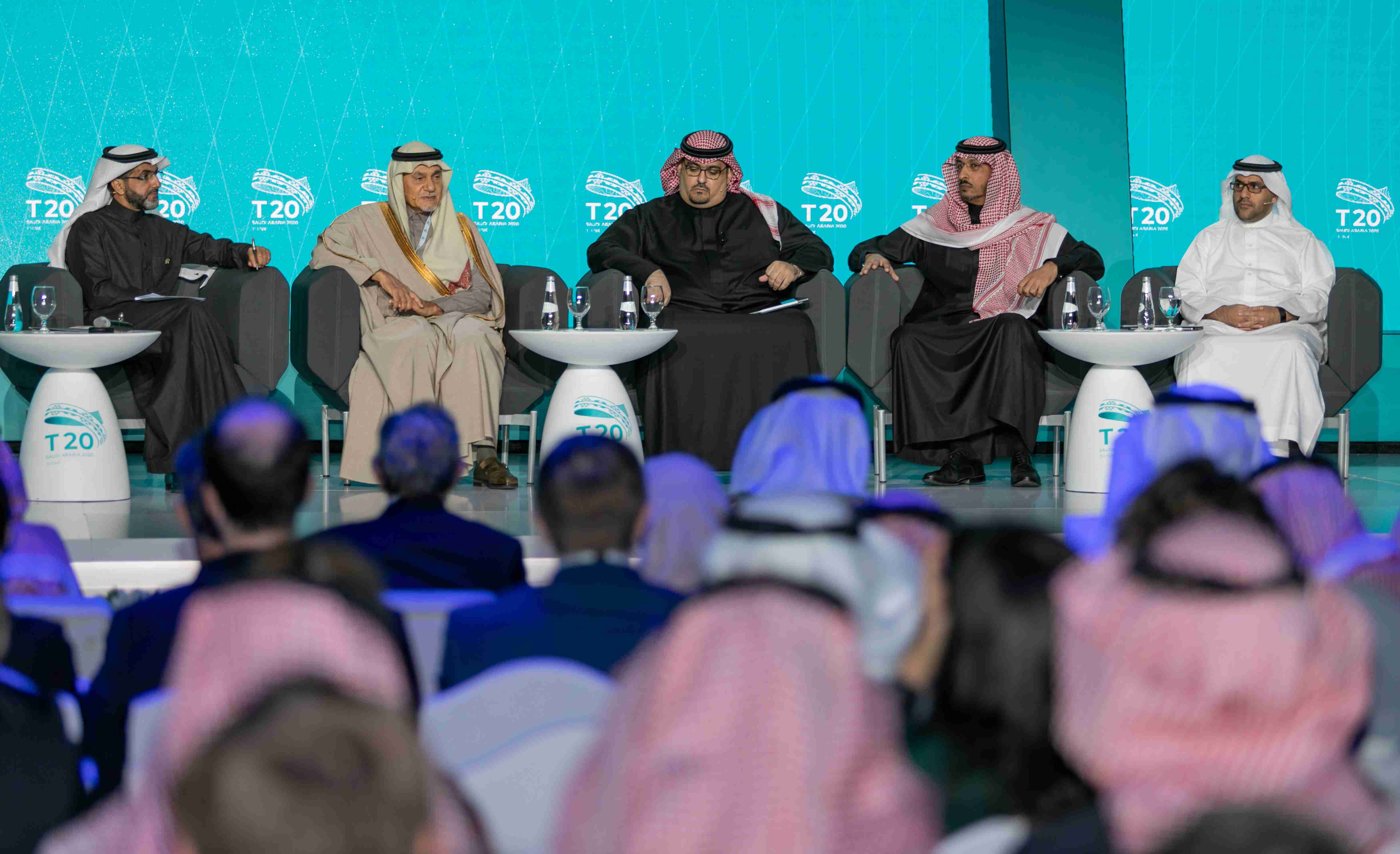 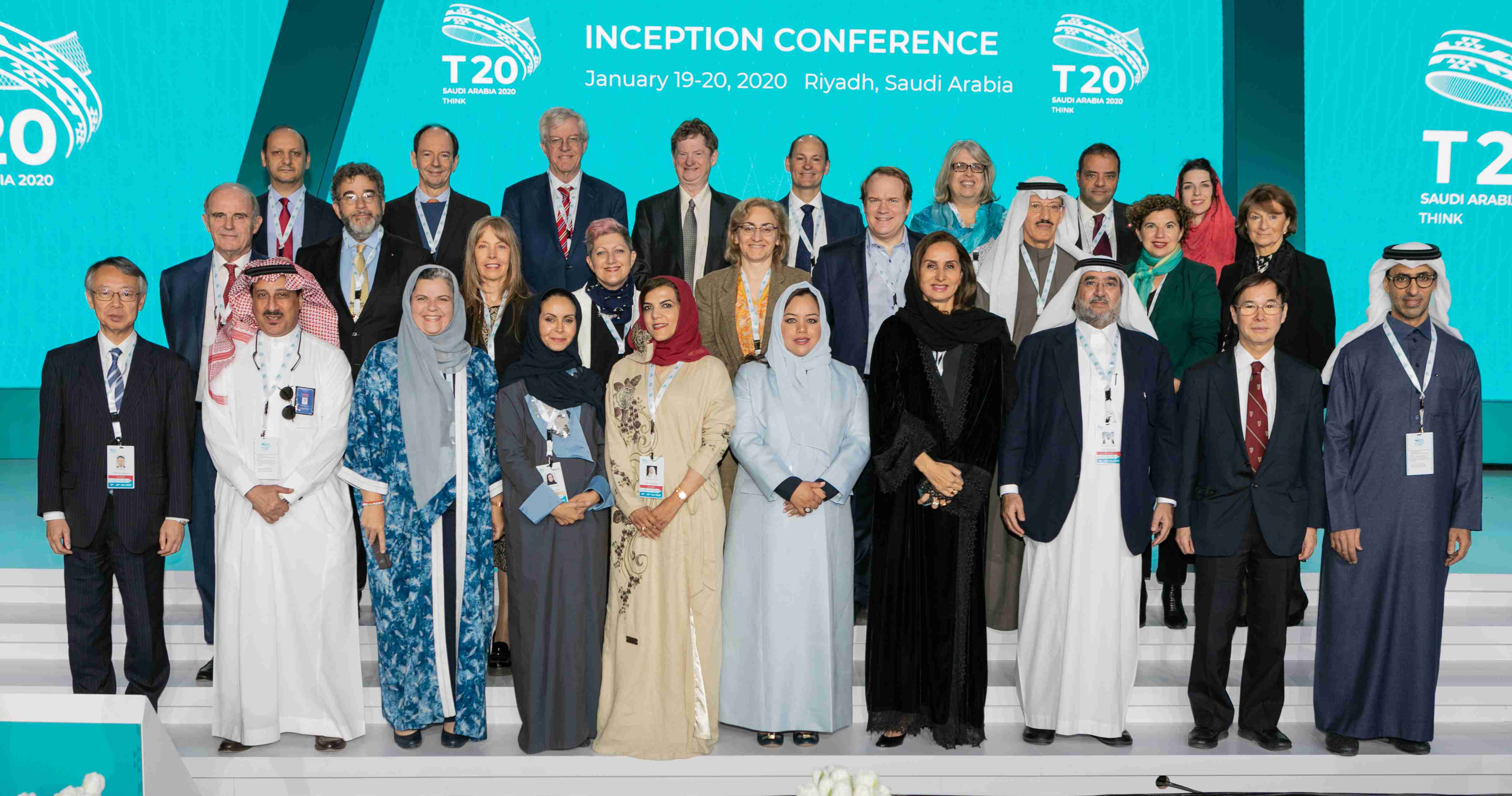 The T20 (Think20) is one of the Engagement Groups of the G20, and a network of research institutes and think-tanks from the G20 countries that serves as an “ideas bank” for the G20. It assembles Policy Briefs from global experts and provides evidence-based policy recommendations to the G20 leaderships through the T20 Communiqué. As the Kingdom of Saudi Arabia hosted the G20 in 2020, the King Faisal Center for Research and Islamic Studies (KFCRIS) and the King Abdullah Petroleum Studies and Research Center (KAPSARC) were appointed by the royal decree to co-host the Saudi T20. The KFCRIS’s involvement in the T20 began with sending a delegation to the Japanese T20 Summit in May 2019. Following the appointment in September 2019, the KFCRIS and the KAPSARC worked on the preparation for the Saudi T20 Summit, which took place on October 31 and November 1, 2020, by building a highly professional team to co-lead the initiative and appointing co-chairs of each Task Force.

Five Main Themes and Objectives of the Saudi T20

The Saudi T20 had the following five main themes:

The Saudi T20 initially established 10 Task Forces. In response to the outbreak of the global COVID-19 pandemic, the T20 created the additional 11th Task Force to develop policy recommendations for effectively facilitating a transition to a post-pandemic reconstruction.

TF4: Social Cohesion and the State

TF5: The Future of Multilateralism and Global Governance

This Task Force focused on the following issues: the future of multilateralism; reforming existing international organizations to take on new global problems; the future of politics/democracy under rising populism and the impact of economic downturns; regional engagement for more effective and efficient global governance; proposing innovative and interactive strategies and programs for global governance.

TF6: Economy, Employment, and Education in the Digital Age

The themes of this Task Force included: training and education in and for the digital age; the impacts of AI and on the labor market; entrepreneurship in the digital age; the changing labor market and challenges for the young; addressing the digital gender gap; reforming education; the role of early learning; addressing challenges raised by the platform economy, cyber security risks, threats, and data privacy; global governance framework for data flows and artificial intelligence.

This Task Force focused on the following issues: managing risks and crises in capital flows and international institutions; encouraging inclusive financial sector development in developing and emerging economies; governing and regulating cryptocurrency and fintech and their impacts on the international monetary system; global financial governance; the cooperation between multinational and regional authorities; global financial monitoring of money laundering; terror financing and the efficiency of financial institutions.

Key Events of the Saudi T20 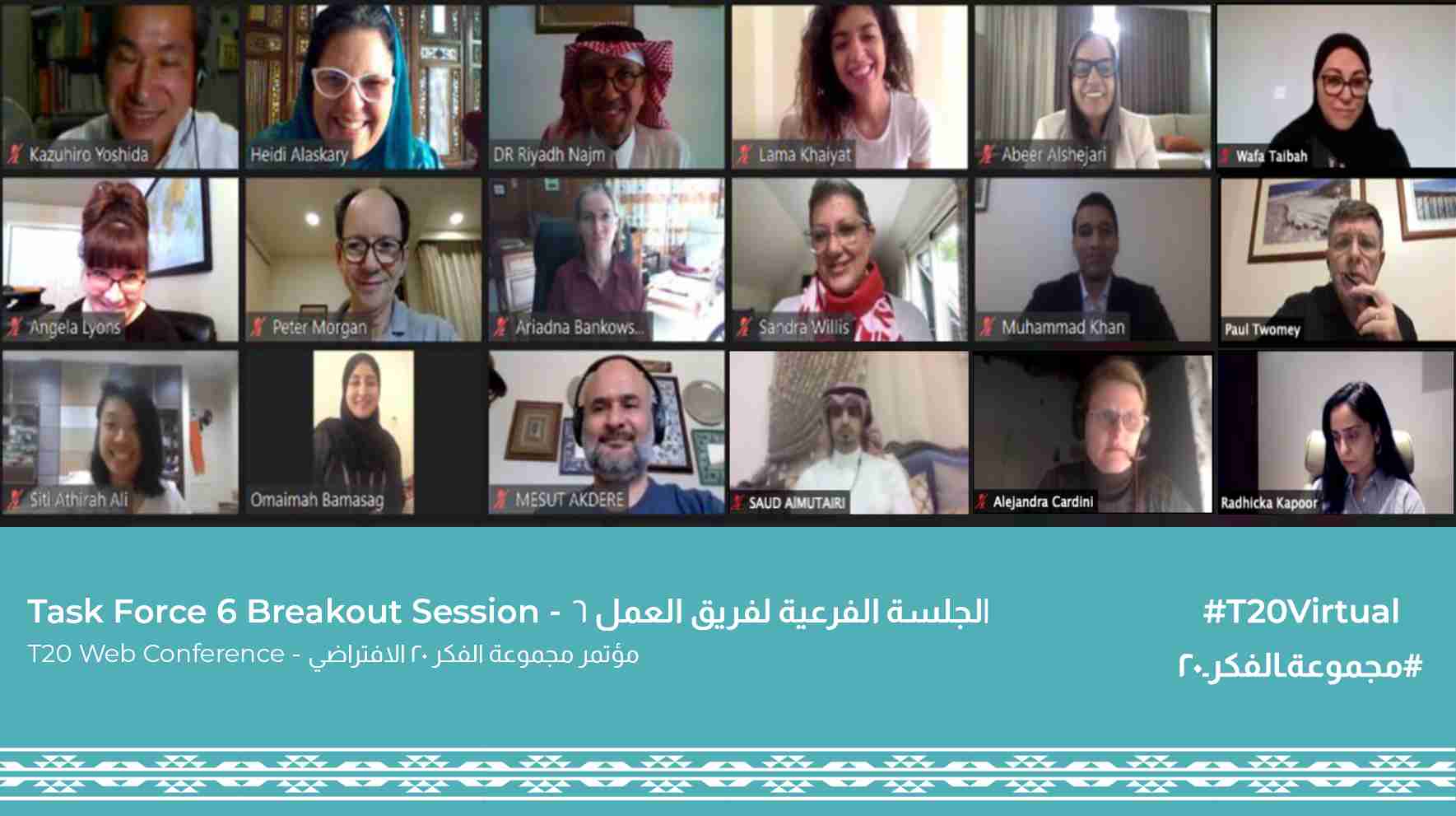 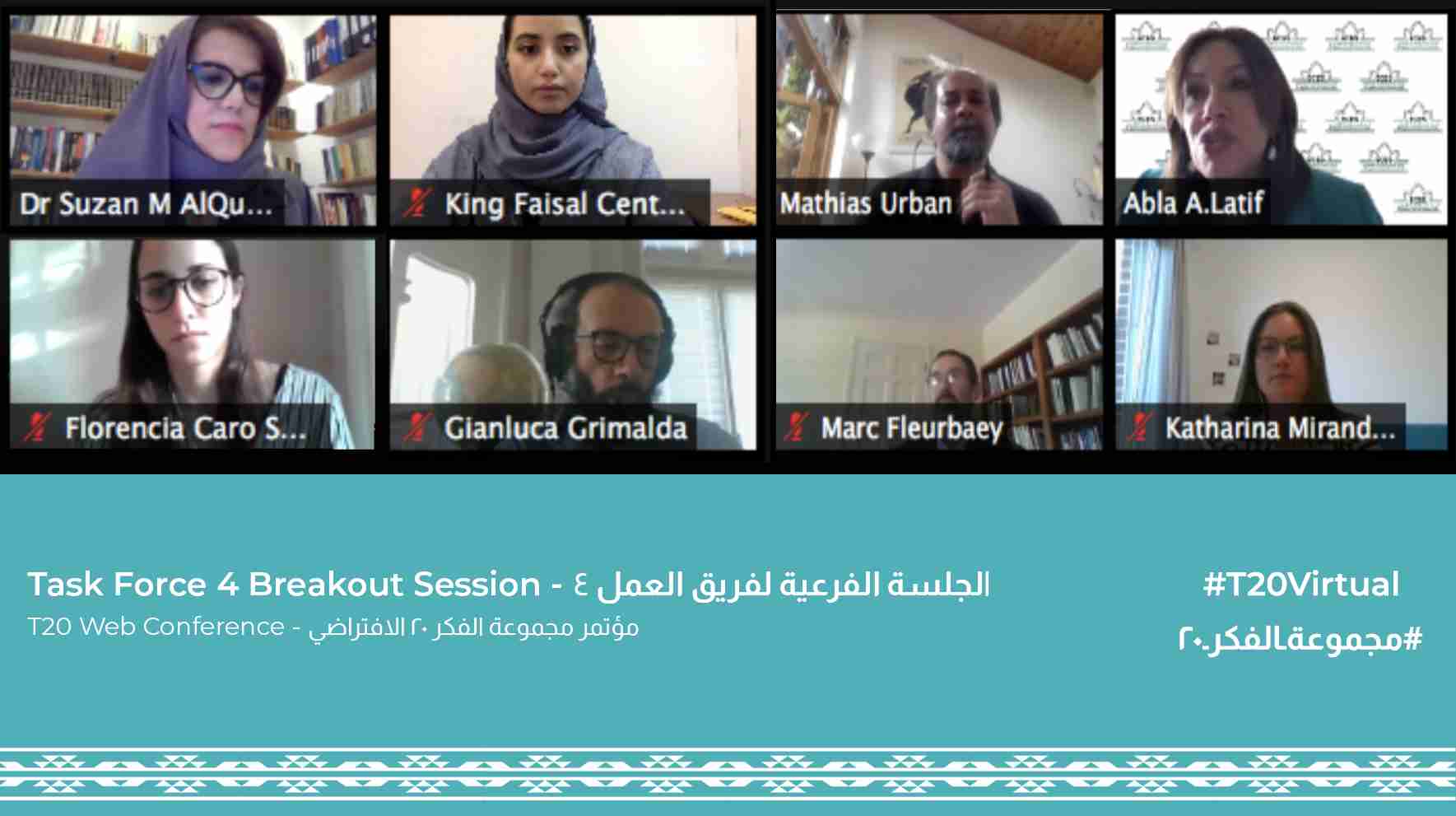 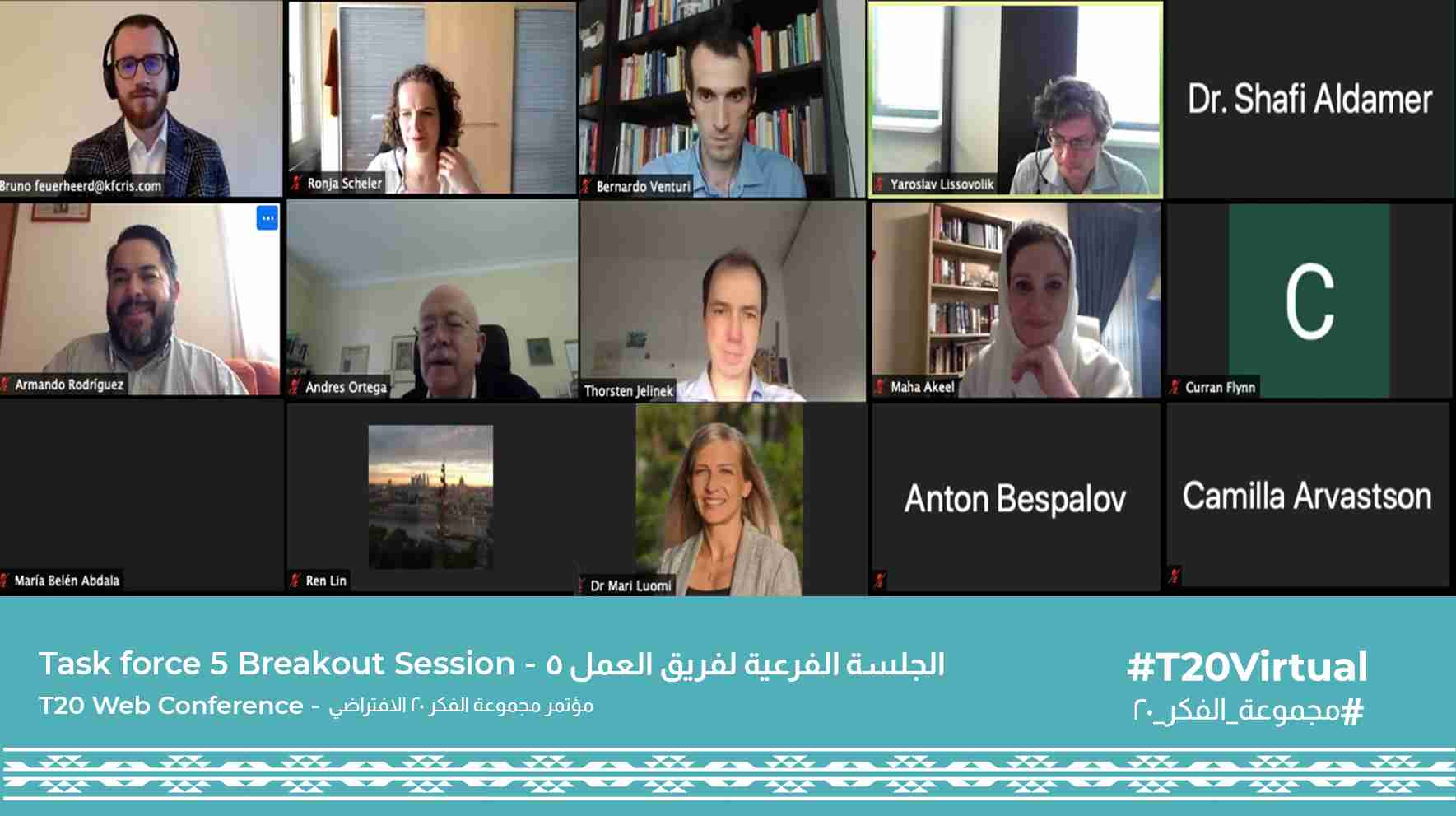 The Inception Meeting, which took place in Riyadh on January 19 and 20, 2020, was attended by over 550 people from 64 countries. With those who participated virtually, the total number of participants surpassed 1,200, and the number of participating think-tanks was over 150.

Webinars and the Virtual Conference

While the global situation affected by the COVID-19 pandemic put a halt to many of the in-person events, the T20 team managed to smoothly move the discussions to online platforms, hosting many Task Force members-only workshops as well as open online webinars for the larger T20 audience. Moreover, throughout the months of May and June, the Task Forces held members-only workshops to discuss the effects of COVID-19 on the overall policy world. This was followed by a three-day conference held virtually on June 15-17, which was entitled “Policy Recommendations for a Post-COVID-19 World.” The list of speakers included high-level officials, such as HRH Abdulaziz bin Salman Al Saud, Saudi Arabia’s Minister of Energy, and Dr. Tedros Ghebreyesus, the Director-General of the World Health Organization.

Due to the halt to travel and mass gatherings, the T20 continued to hold its discussions at virtual settings. To compensate for the lack of “in-person” dimension, the T20 created the six week-long Summit Season, which began on September 17, through November 1. During the Summit Season, each Task Force held a webinar co-hosted by an international institute as a way to build bridges with various research institutes across the world. Each webinar offered thematic discussions, with Task Force members presenting their insights on them and inviting a keynote speaker as well as an artist presentation. Prior to each webinar, the Policy Briefs of each Task Force were released on the T20 website for the wider audience to read and join the conversation of the webinars, which were open to the public.

The T20 Summit virtually took place as a two-day event on October 31 and November 1, 2020. It gathered world-leading thinkers, researchers, and policy-makers, and provided them with an interactive platform to discuss evidence-based policy recommendations and matters of global importance. A highlight of the event was the formal handover of the T20 Communiqué to Saudi Arabia’s Minister of Foreign Affairs Prince Faisal bin Farhan Al Saud, who represented the Custodian of the two Holy Mosques King Salman bin Abdulaziz Al Saud at the ceremony. The keynote speech was delivered by HRH Prince Turki AlFaisal, the Chairman of the Board of the KFCRIS. 2,805 users were connected to the T20 online platform during the two-day Summit in total.

Only through the cooperation with our partners from the KAPSARC and their support, we were able to make this achievement and success. We look forward to opportunities for further cooperation with them.

To read the T20 Communiqué and Policy Briefs, re-watch the events, and learn more about the T20 Saudi Arabia 2020, visit the following official website: https://t20saudiarabia.org.sa/en/