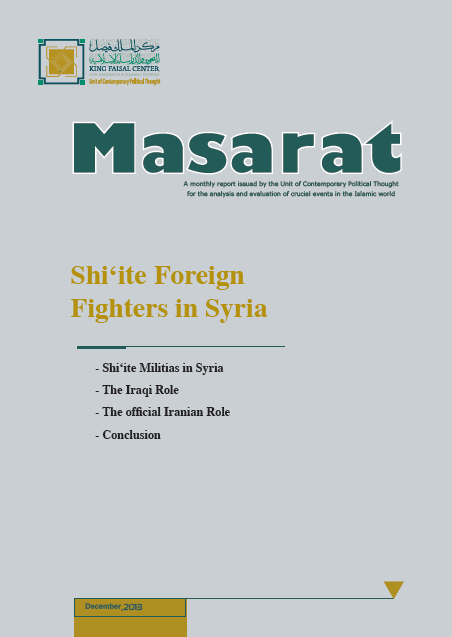 Abstract:The Syrian Revolution has ushered in the return of global Shi‘ite jihad to the political arena. This phenomenon is evident in the increasing number of Shi‘ite militants arriving in Syria from around the world. Shi‘ite militants fighting in support of the Assad regime mostly come from Iraq and Lebanon, although there are fighters from Iran, Pakistan, Afghanistan, Yemen and some countries in Africa. Scholars and journalists have not yet tackled this important issue; most current research on Syria focuses on Al-Qaida and other non-Shi‘ite organizations. This issue of Masarat will shed light on the role of these Shi‘ite militias by examining the most active groups and exposing their ideologies. It will also look at the roles that the Iranian and Iraqi governments play in supporting these militias.