Lecture: National Identity in Iraq and the Challenges of Sub-Identities 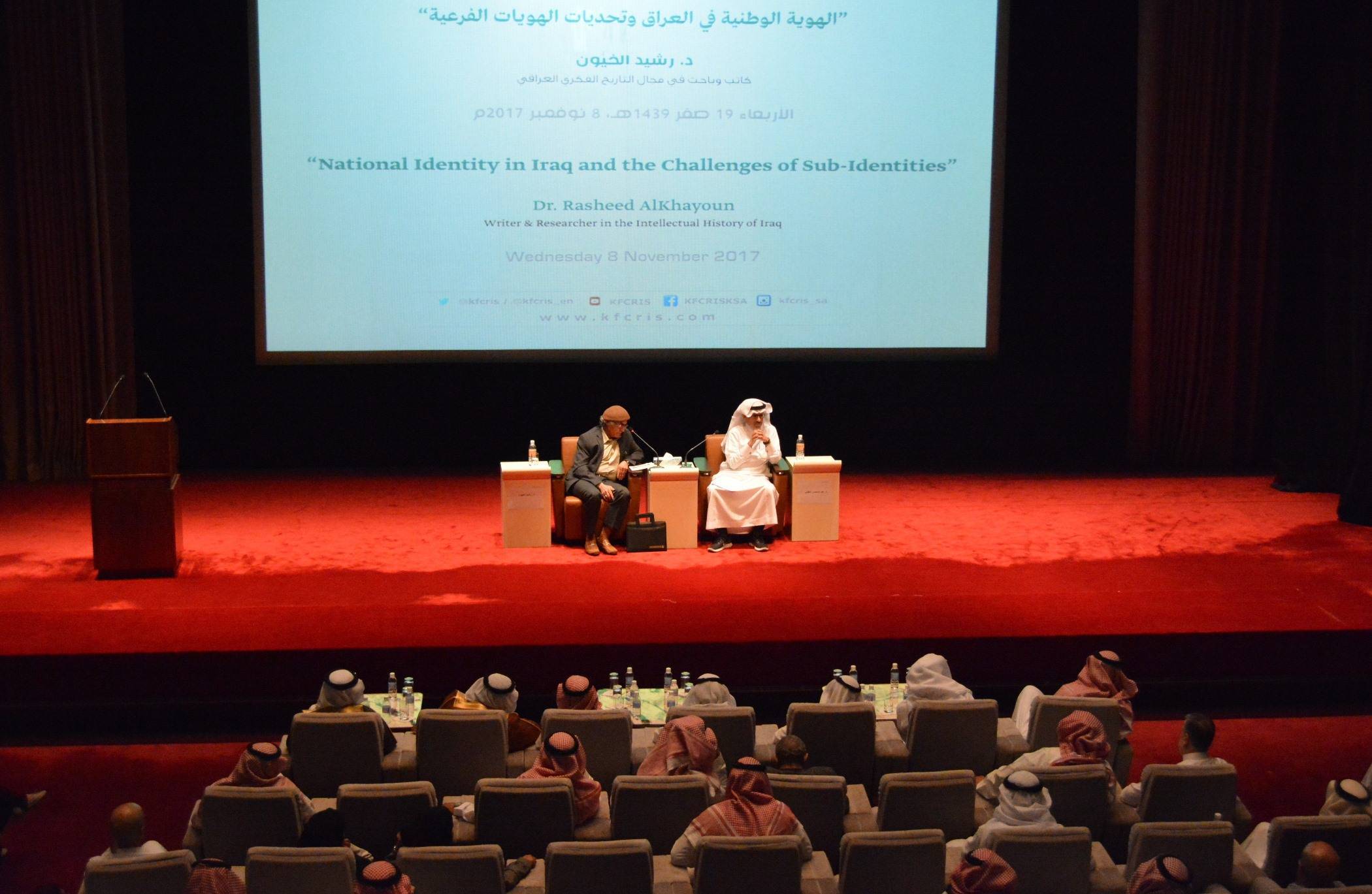 The lecture entitled "National Identity in Iraq and the Challenges of Sub-Identities" was held at the King Faisal Foundation building on Wednesday, November 8th, 2017.

The writer and researcher in the field of intellectual history of Iraq, Dr. Rasheed Al-Khayoun, emphasized that sectarianism escalated significantly after the US invasion of Iraq in April 2003, indicating that there is a reproduction of sectarianism by politicians where they take a pretext and a curtain to retain power. He also said that Iraq was subjected to war, demolition and liquidation of the armed forces, as well as the collapse of the state in full, which led to the withdrawal of citizenship and the rise of sectarian, ethnic or tribal affiliation.

He pointed out that Iraq moved from the national identity that embraces all and emerged after the collapse of empires to the sub-identity that represents religion or clan and sect or doctrine, indicating that the conflicts and wars begin when these sub-collisions collide with the national identity of the whole. He also stressed that "sectarianism, as it is now, can lead to the loss of Iraqi scientific, administrative and economic cadres."