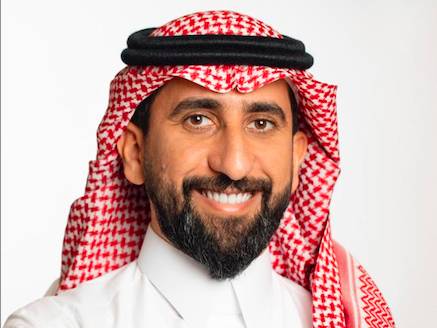 The Acting Secretary-General of the King Faisal Center for Research and Islamic Studies, Turki Al-Shuwaier, stated that the Asfār exhibition, which was inaugurated on February, 27 2022, is comprised of a large number of Arabic and Islamic manuscripts that are considered among the rarest in the world. The Center owns more than 28,500 physical manuscripts, distinguished by their rarity and uniqueness, in addition to their high intellectual and cultural value, which are an integral part of the heritage of the Arab and the Islamic world.

Al-Shuwaier indicated that the Al-Faisal Museum of Arab Islamic Art includes 6 distinct museum collections: : the King Faisal Memorial Collection, the Arab-Islamic Art Collection, the Coins and Currencies Collection, the Saudi Memory Unit, the Fine Arts Collection, and the Center History Collection. The Asfār exhibition, currently open to the public, aims to introduce visitors to the riches of the manuscript and printed works in the Center’s collection by displaying the oldest and rarest ones, and educating the public about their importance. Since its establishment in 1985/1405 AH, the Al-Faisal Museum of Arab-Islamic Art has consisted of a series of rotating exhibitions, each presenting a different set of rare heritage treasures. The previous exhibition was the Wahaj exhibition, which is available virtually and can be viewed on the Center’s website.

Al-Shuwaier stated that this exhibition comes in the context of the intellectual and cultural interest that the KFCRIS devotes to Arab and Islamic heritage, and reflects its cultural role in preserving rare and unique manuscripts and historical documents, disseminating their academic benefit, and making them available to researchers and specialists in the fields of history and heritage from different countries across the world.

Al-Shuwaier pointed out that the Center selected 36 rare manuscript and printed works among the treasures it owned, dividing them into 6 sections and using the latest and most advanced methods of display to deliver the message of the exhibition. Al-Shuwaier stressed that visiting the exhibition is a valuable experience for specialists and those interested in the treasures of Arab and Islamic heritage.

The Secretary-General expressed his thanks to the Chairman of the Board of Directors of the KFCRIS, HRH Prince Turki AlFaisal, for his continuous support for all of the Center's activities, and for his conscientious scrutiny of the details of the exhibition, which have ensured its excellence.

Al-Shuwaier stressed that the exhibition has only increased in its importance by virtue of its support and inauguration by HRH Prince Mohammed bin Abdulrahman bin Abdulaziz Al Saud, Deputy Governor of Riyadh province. The Secretary-General expressed his sincere thanks to His Highness for commending the efforts and concern of the King Faisal Center for Research and Islamic Studies in the field of Arab and Islamic heritage, and for the promotion of knowledge exchange in various academic, cultural and humanistic capacities between the Kingdom of Saudi Arabia and the rest of the world.

N.B. The exhibition is open to visitors from 9 A.M. to 9 P.M. from Saturday to Thursday.