Conference: Makkah and the Hijaz in the Imperial Era 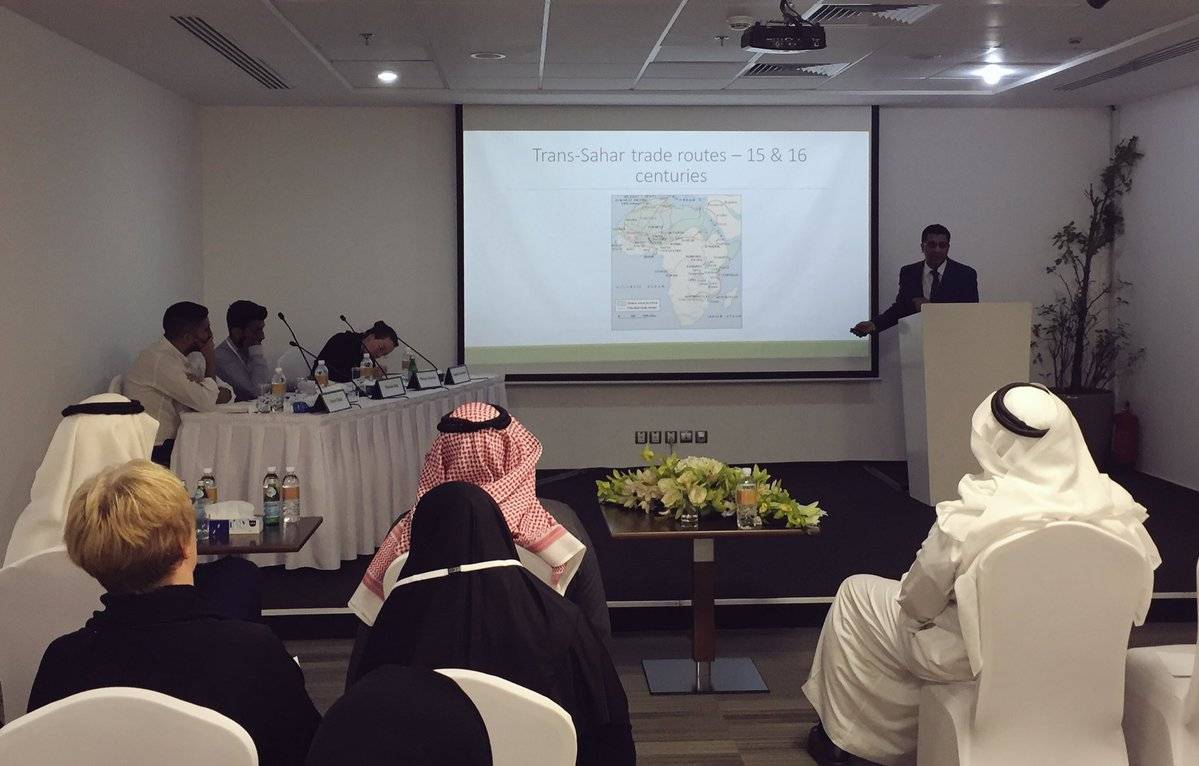 The King Faisal Center for Research and Islamic Studies held the Annual Islamic Political Thought Conference entitled: “Makkah and the Hijaz in the Imperial-era: Migrations and Scholarly Networks in the 19th and 20th Centuries" on  December 6-7, at the Alfaisal Institute for Human Resources & Development in Riyadh, with the participation of a group of intellectuals, academics and local and international researchers.

The Secretary-General of the King Faisal Center for Research and Islamic Studies, Dr. Saud Al-Sarhan, highlighted the conference's activities, providing a definition of its themes and sessions.

He explained that the Islamic unity before the First World War was very important and prompted the British to search for those who stand behind them in the Hijaz and Turkey, pointing out that Abdul Rashid dealt with the Hajj as a political season and an act against the colonial Christian countries of the Hijaz.

Faisal Abualhassan, Head of the Modern Political Thought Unit at the King Faisal Center, said that the Center chose this title for its conference to explore all events and transformations in Mecca and Hijaz before the First World War During the colonial period between the British, Russians and Turks, and the role of scientists and intellectuals in this period of time, and the role of the Kingdom in the leadership of the Islamic world after the fall of the Ottoman Caliphate.

The conference sheds light on the role of Hijaz and its influence on the networks of emerging imperialism, the global outlook of the colonized and immigrant Islamic researchers, and the exploration of the spatial characteristics of Mecca and Medina in the 19th century for Muslim scholars and exiles from colonial societies.

For his part, Mansour Abdul Baki Bukhari, a researcher in Islamic history and jurisprudence, said: "This year's conference is very important, especially in its title and its sessions. It is useful to many researchers and academics in their previous and future research. I thank the King Faisal Center for its great efforts in establishing and organizing the conference."

For the opening lecture of the conference, Cemil Ayden of the University of North Carolina spoke about Mecca as a center of Islamic universality in the period 1882-1980, pointing out that this period saw a competition between the Ottomans, the British and the Russians to reach the Hijaz.

He pointed out that President Anwar Sadat used what Alfaisal established from the balance of Islamic internationalism to put pressure on Israel in the 1978 Camp David Accord, and that Saudi Arabia has become a leader of the Islamic world.

In the first session, researcher Sohaib Baig of the University of California Los Angeles addressed the "Indian Scholarship and the Ottoman Hijaz, 1821-1879: The Successors of Shah Waliullah" and their association with the Hijaz. Hung Tak Way of the University of Hong Kong also reviewed a paper entitled "Religious Identity on the Frontier: Muslim Cooperation with the Qing Empire during the Khoja Wars, Late 18th-19th Century", indicating that followers of religions were subjected to illegal measures and severe penalties in China.

The second panel focused on the "Imperialist Hajj, Exiled Ulema, and Emerging Muslim Internationalism" on the official research networks of scholars from colonial societies, their ideological heritage, their age and their students, their ideology, attitudes and attitudes in different movements and ideas.

The researcher Ammeke Kateman of the University of Amsterdam delivered a speech entitled "Hijaz Through the Eyes of the Moroccan Anti-Colonial Revolutionaries in 1904, The Pilgrimage of Mohammed bin Ja'afar al-Kattani." Mostafa Abdelaal of the University of Cambridge presented a lecture entitled: "From Makkah to Kaduna: Linkages, Influences, and Impacts on the Economic and Social Life of the Communities of Northern Nigeria." The researcher Mostafa Baig of the University of Exeter presented a lecture entitled: "The Leverage of the Ulema of al-Haramayn: Scholarly Networks between British India and the Hijaz in the late 19th and early 20th century."

The second day of the conference was marked by an opening lecture by researcher Ulrike Freitag of the Leipzig Center for Modern East Germany entitled "The Dahliz of the Learned: Bayt Nassif as a Node in Reformist Circles."

The third session, entitled "Merchants, Minorities, and Muhajirun" dealt with public networks such as: the strains of Muslim merchants that originated in the Hijaz and their religious and scholarly backgrounds, and the migration of Muslim minorities (Chinese, Russian and others) settled in the Hijaz.

The 4th and final panel is entitled: “Identity Politics and the Two Holy Mosques in the 20th and 21st Centuries - Between Religious Establishments and Religious Oppositions.” It explored the ideological descendants of ideas conceived in 19th-century Makkah and Madinah, as well as exploring the ideas of apolitical Hajj, and the representation of Makkah in legitimacy narratives of both Religious Establishments as well as Oppositions. Jeremy Kleidosty from the Academy of Finland presented a lecture entitled: “Imperialism in Exile: Birthing the Heir of Ottomanism.”

At the conclusion of the annual conference of Islamic political thought, Saud Al Sarhan expressed his thanks and gratitude to His Royal Highness Prince Turki Alfaisal, Chairman of the Center, for his support for this conference and all the Center's activities. He also thanked all participants in the conference for their papers.

The 13th-century AH/19th-century AD saw not only the rise to dominance of European imperialism across most of the world’s Muslim-majority populations and societies, but also the rise of ideas and thinkers who, in turn, inspired what would become known as ‘Islamism,’ – itself something between an idea and an ideology – defining, either in its implicit affirmation or rejection, an array of ideologies still reigning in the contemporary Middle East and North Africa.

Recently, much research has highlighted the role of European imperialism and the colonial experience on the emerging ethnic and religious nationalism that would later take root in the Arab and Islamic worlds. This year’s theme hopes to continue encouraging such scholarship, focusing on spaces where these experiences of colonialism were shared between members of colonized societies. Makkah and Madinah, in particular, gathered not only annually thousands of colonial subjects during the Hajj, but also throughout the year, gathered exiled Islamic scholars from the British, Dutch, French, Russian and Turkish empires, and beyond.

It is the role and influences of these Hejazi spaces on the emerging imperial south-south networks, and world-views of colonial Islamic scholars and migrants that this conference seeks to explore. In exploring the spatiality of 19th-century Makkah and Madinah for Muslim scholars and exiles from colonized societies, as well as their opinions and ideological descendants, the conference welcomes proposals on any topics related to the four panels listed below:

1. Scholarly Networks in the Ottoman Hejaz on the Eve of European Imperialism:
This first panel aims to explore the scholarly networks from across the Muslim world present in the Hejaz on the eve of the Napoleonic invasion of Egypt, looking specifically at cultural, scholarly and social networks and influences transmitted and diffused from Makkah and Madinah prior to European colonialism.

2. Imperialist Hajj, Exiled Ulema, and Emerging Muslim Internationalism:
The second panel aims to focus on the formal scholarly networks of Ulema from colonized societies, their ideological heritage, their contemporaries, their students, and ideological descendants. It also seeks to explore state-level policies, positions, and influence on various movements and ideas.

3. Merchants, Minorities & Muhājirūn:
This third panel switches focus to lay networks, such as Muslim mercantile dynasties established in the Hejaz and their religious and scholarly patronages, as well as the migration of Muslim minorities (Chinese, Russians, etc.) and other muhājirūn from colonized societies (such as Chechens and Daghestanis, Javanese, North Africans, etc.) to the Hejaz.