The Riyadh Forum on Countering Extremism and Fighting Terrorism

On Sunday May 21st, 2017, the King Faisal Center for Research and Islamic Studies (KFCRIS) hosted the Riyadh Forum on Countering Extremism and Fighting Terrorism under the sponsorship of the Islamic Military Counter Terrorism Coalition (IMCTC). The Forum was held at InterContinental Hotel Riyadh. The Forum, featuring the theme "The Nature of Extremism and the Future of Terrorism," brought together four panels: (1) Daesh 2.0 & The Future of Terrorism; (2) Online Extremism and Offline Terrorism; (3) The Crime/Terror Nexus; and (4) Confronting Terrorism: The Regional Picture. The event coincided with US President Donald Trump's visit to the Kingdom of Saudi Arabia.

IMCTC is an alliance of 41 nations united in the fight against terror. Its establishment was  announced in December 2015 by HRH Prince Mohammed bin Salman, Deputy Crown Prince and Minister of Defence of the Kingdom of Saudi Arabia. IMCTC develops, collects, stores, and disseminates a wide range of information on counterterrorism programs and best practices undertaken by its member states and international organizations. 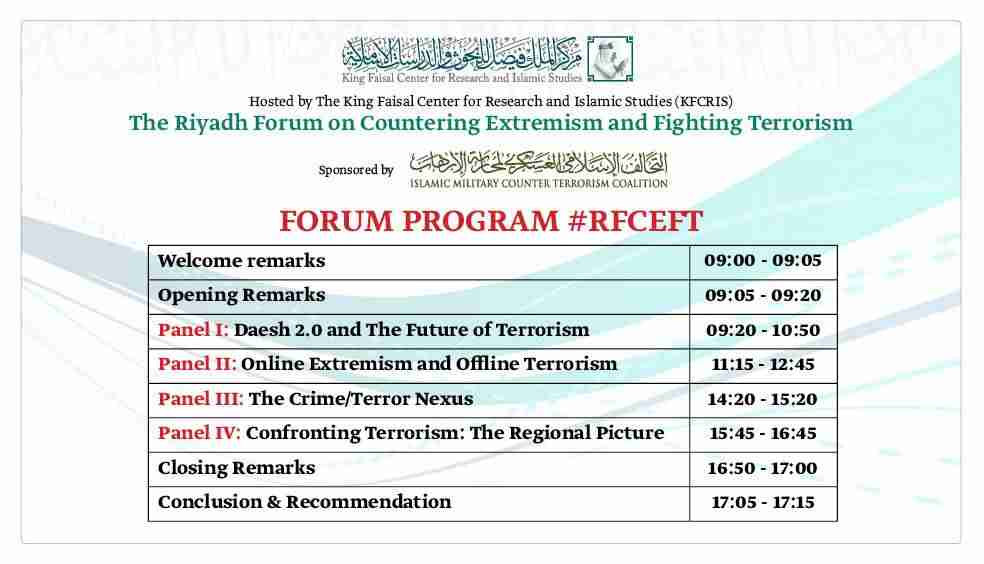 HRH Prince Turki (Chairman of KFCRIS): “Terrorism has nothing to do with Islam. In fact, extremists have defamed true Islam and have no religious grounds to stand on”; “The Kingdom of Saudi Arabia has taken the lead in the fight against terrorism and this forum will serve to understand the roots of extremism so that we can counter it with one voice.”

Ashton Carter (Former US Secretary of Defense): “The Islamic Military Counter Terrorism Coalition has a legitimacy that no western country can have. They will be the best option to address directly the claims by extremists of a connection to 'true Islam' and counter that narrative”; “The Kingdom of Saudi Arabia is a very important partner to the United States in stopping the spread of extremism and counter forces in the region that support terrorism.”

Franco Frattini (Former Italian Foreign Minister): “We must further integrate our intelligence capabilities worldwide, and the IMCTC is exactly a step in that direction. IMCTC must expand its scope and membership to ensure success.” 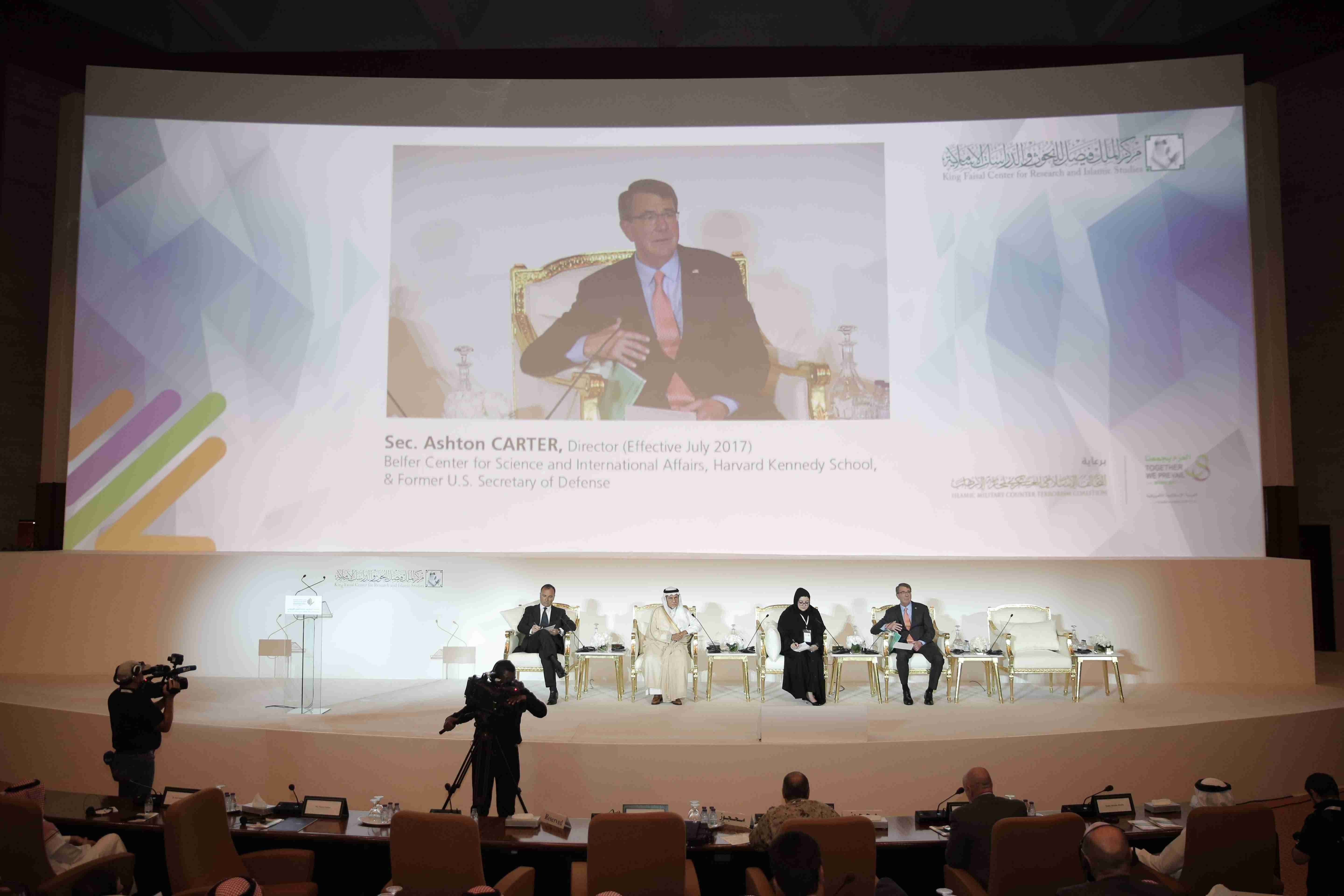