Japan has historically been one of the most important countries to the Kingdom of Saudi Arabia, and, under Saudi Vision 2030, it is Saudi Arabia's strategic partner. During the period of its five-year strategic goals (2016-20), the King Faisal Center for Research and Islamic Studies (KFCRIS) ran a variety of projects aimed at knowledge exchange with Japanese academic, cultural, and diplomatic entities, contributing to the mutual understanding between the two countries.

Following the disclosure of Saudi Vision 2030 in April 2016, the KFCRIS delegation headed by Secretary-General Dr. Saud Al-Sarhan and participated by Princess Noura bint Turki Al Saud (Head of the Energy Studies Unit) and Faisal Abualhassan (Head of the Contemporary Political Thought Unit) visited Japan in July. The delegation had a meeting with Mr. Tsukasa Uemura, Director-General of the Middle Eastern and African Affairs Bureau at the Japanese Ministry of Foreign Affairs, followed by a joint discussion with the Japan Institute of International Affairs (JIIA) on the latest issues in the Middle East and East Asia. Princess Noura Al Saud also gave a talk at the Institute of Energy Economics Japan (IEEJ) on Saudi Arabia's energy policy and Saudi Vision 2030.

Upon the return to the Kingdom, the KFCRIS began preparing for a workshop in Riyadh inviting Japanese scholars and intellectuals. Dr. Makio Yamada joined the Center and helped this preparation. The workshop took place on May 15th 2017 under the title "Saudi–Japanese Scholars Dialogue toward 2030," which came after the two countries launching the joint "Saudi Japan Vision 2030" plan in March. The Sasakawa Middle East Islam Fund (SMEIF), part of the Sasakawa Peace Foundation, collaborated for this event which focused on key issues such as the history of the Saudi–Japanese relationship, its multifaceted development in relation to Saudi Vision 2030, and the changing status of Saudi and Japanese women in their respective society over the past decades. 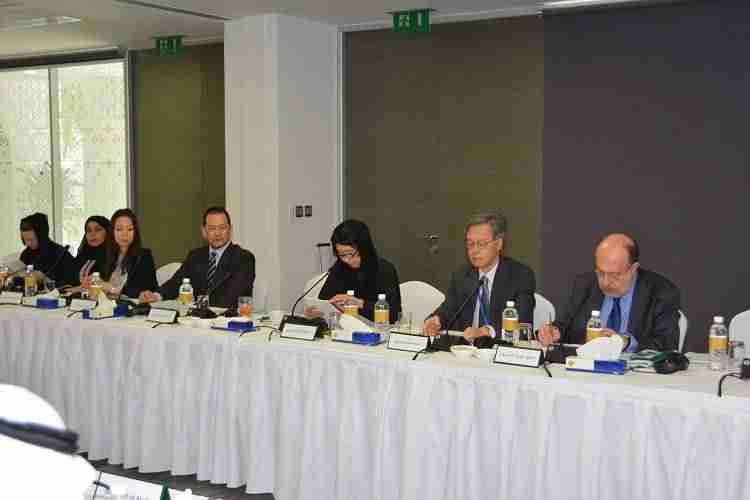 Following the opening remarks by Dr. Saud Al-Sarhan and Dr. Kayoko Tatsumi, Director of the SMEIF, the keynote speeches were delivered by HE Mr. Setsuo Ohmori, Chargé d’Affaires of the Embassy of Japan in Saudi Arabia, and Dr. Thoraya Obaid, a former member of the Shoura Council and the former Executive Director of the UN Population Fund. The Session I of the workshop entitled “Regional and International Politics and Saudi–Japanese Relations” had two contributors: Mr. Saud Kabli (Saudi Ministry of Foreign Affairs) and Mr. Koji Muto (Japan Cooperation Center for the Middle East). The Session II “Empowerment of Women in Saudi Arabia” also had two speakers: Dr. Hoda Al-Helaissi (Shoura Council) and Dr. Namie Tsujigami (University of Tokyo).

In September 2017, the Center's second delegation visited Tokyo. The delegation was again headed by Secretary-General Dr. Saud Al-Sarhan, and was this time joined by Mohammed Al-Sudairi (Head of the Asian Studies Unit), Dr. Makio Yamada (Head of the Political Economy Unit), Faris Al-Sulayman (Research Fellow), and Othman Almazyad (Reseach Fellow, doctoral candidate at Keio University in Japan). In addtion, Dr. Nahid Bashatah, Editor in Chief of the Anha online newspaper and the columnist for the Al-Jazirah newspaper, participated the delegation as a guest speaker. The delegation co-hosted a workshop with the SMEIF at the Sasakawa Peace Foundation and the other workshop with the Center for Middle Eastern Studies at the University of Tokyo.

On September 5th, the delegation visited the headquarters of the Sasakawa Peace Foundation. The delegation was welcomed by Mr. Nobuo Tanaka, the Foundation's Chairman, and Dr. Kayoko Tatsumi, Director of the SMEIF. Following the meeting, Dr. Nahid Bashatah gave a talk entitled “Women in Saudi Arabia: Opportunities, Tasks, and Representation in Foreign Media,” which was participated by Japanese journalists, practitioners, researchers, and students. The issue was topical and received with interest - in fact, only three weeks after this workshop, on September 26th 2017, King Salman ordered to allow women to drive in the Kingdom (its implementation took place in June 2018). After her talk, Dr. Bashatah was interviewed by Japan's Mainichi Shimbun newspaper. 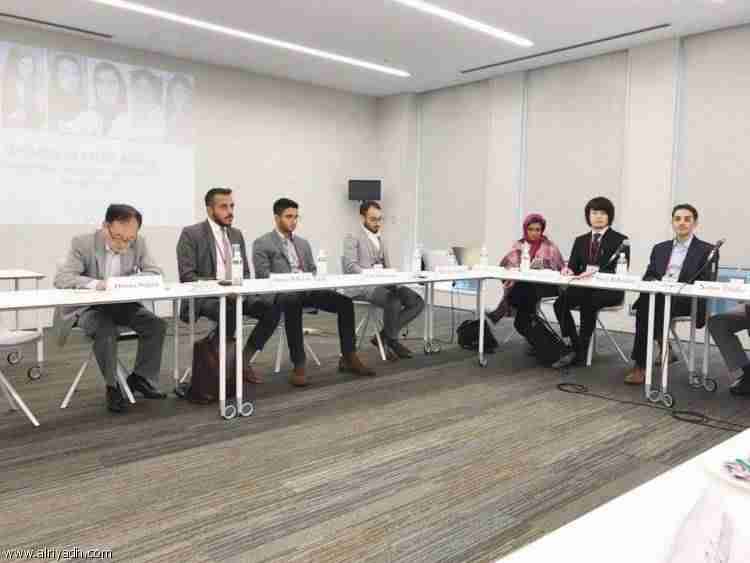 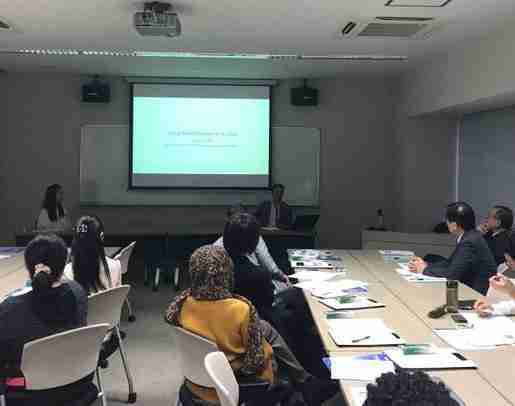 On September 6th, the academic workshop entitled “The Idea of Pan-Islamism in Japan in the Early 20th Century” took place at the University of Tokyo. Following the opening remarks by Dr. Namie Tsujigami (University of Tokyo), Professor Akira Usuki (Japan Women’s University) made a presentation “Translating al-Qur’an into Japanese: A Case of OKAWA Shumei (1886-1957)” which introduced the life and works of Okawa, a Pan-Asianist who translated the Qur’an into Japanese for the first time. Dr. Saud Al-Sarhan then initiated a discussion on Abd al-Rashid Ibrahim, a Tatar Pan-Islamist and the first Imam of the Tokyo Mosque, with his talk “‘Abd al-Rashid Ibrahim in the Hijaz” which examined Ibrahim’s experience in Madinah at the early stage of his life.

It was followed by Professor Hisao Komatsu (Tokyo University of Foreign Studies/Professor Emeritus, University of Tokyo) further exploring the life of Ibrahim with his presentation “‘Abd al-Rashid Ibrahim and Empires: The Ottoman, Russian and Japanese” which provided a comprehensive analysis of Ibrahim’s political attempts and activities. Finally, Mohammed Al-Sudairi brought a third agenda to the discussion with his presentation “The Mikado as an Oriental Khalifah: A Cursory Look at Arab Writings on Japan and Chinese Muslims at the Turn of the Century” which discussed Pan-Islamists’ understanding of Japan in relation to their engagements with Chinese Muslims. The closing remarks were given by Dr. Makio Yamada.

The above second delegation led the KFCRIS to another invaluable opportunity of knowledge exchange with Japanese entities. This time the field was cultural. In December 2017, Farida Alhusseini, Director of Al-Faisal Museum, was invited by the Motoko Katakura Foundation for Desert Culture to partake in a conference in Yokohama on cultural heritage in the Arabian Peninsula, where Alhusseini presented about the effort of the KFCRIS and Al-Faisal Museum to preserve and promote the Kingdom's heritage. In May 2018, the KFCRIS signed a formal cooperation agreement with the Motoko Katakura Foundation upon the visit of the Foundation's delegation to Riyadh. In September 2019, the KFCRIS received another delegation from the Foundation. 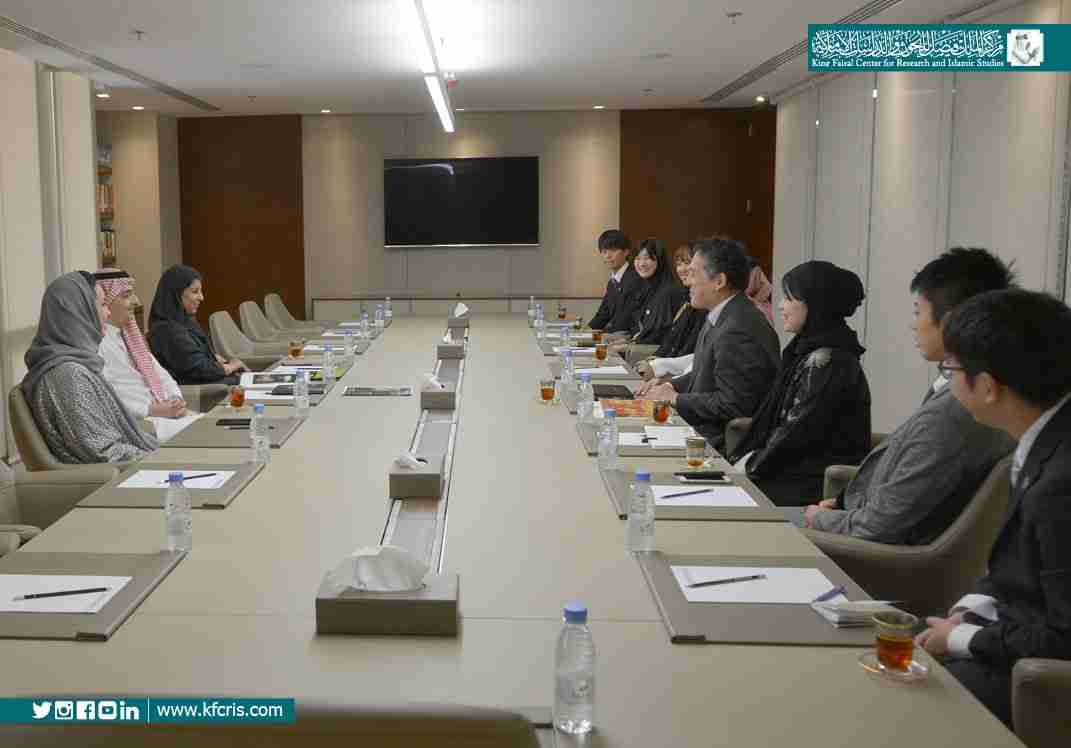 The third KFCRIS delegation to Japan took place in May 2019. The Center's Director of Research Dr. Abdullah Al Saud dispatched Shahad Turkistani on his behalf to partake in the T20 (Think20) Summit in Tokyo. The delegation was joined by Dr. Makio Yamada. The T20 is one of the Engagement Groups of the G20 and a network of think tanks from the G20 countries. In 2019, it was hosted by Japan along with the G20, with the Japan Institute of International Affairs (JIIA), the Asian Development Bank Institute (ADBI), and the Institute for International Monetary Affairs (IIMA) playing key facilitative roles. After the Summit, the delegation also paid an informal visit to Professor Akio Takahara, Dean of the Graduate School of Public Policy, University of Tokyo.

Following the above delegation, the KFCRIS was assigned by the Custodian of the Two Holy Mosques King Salman the co-hosting of the T20 in Saudi Arabia in the following year with the King Abdullah Petroleum Studies and Research Center (KAPSARC), with the Kingdom hosting the G20 for the first time in 2020. The KFCRIS and the KAPSARC welcomed representatives from a number of Japanese think tanks at the T20 Saudi Arabia events in 2020, both in-person (at the Inception Conference in Riyadh in January) and online (at the Task Force workshops, the virtual conference “Policy Recommendations for a Post-COVID-19 World”, Summit Season, and the virtual Summit on October 31st and November 1st 2020, following the global outbreak of the pandemic). 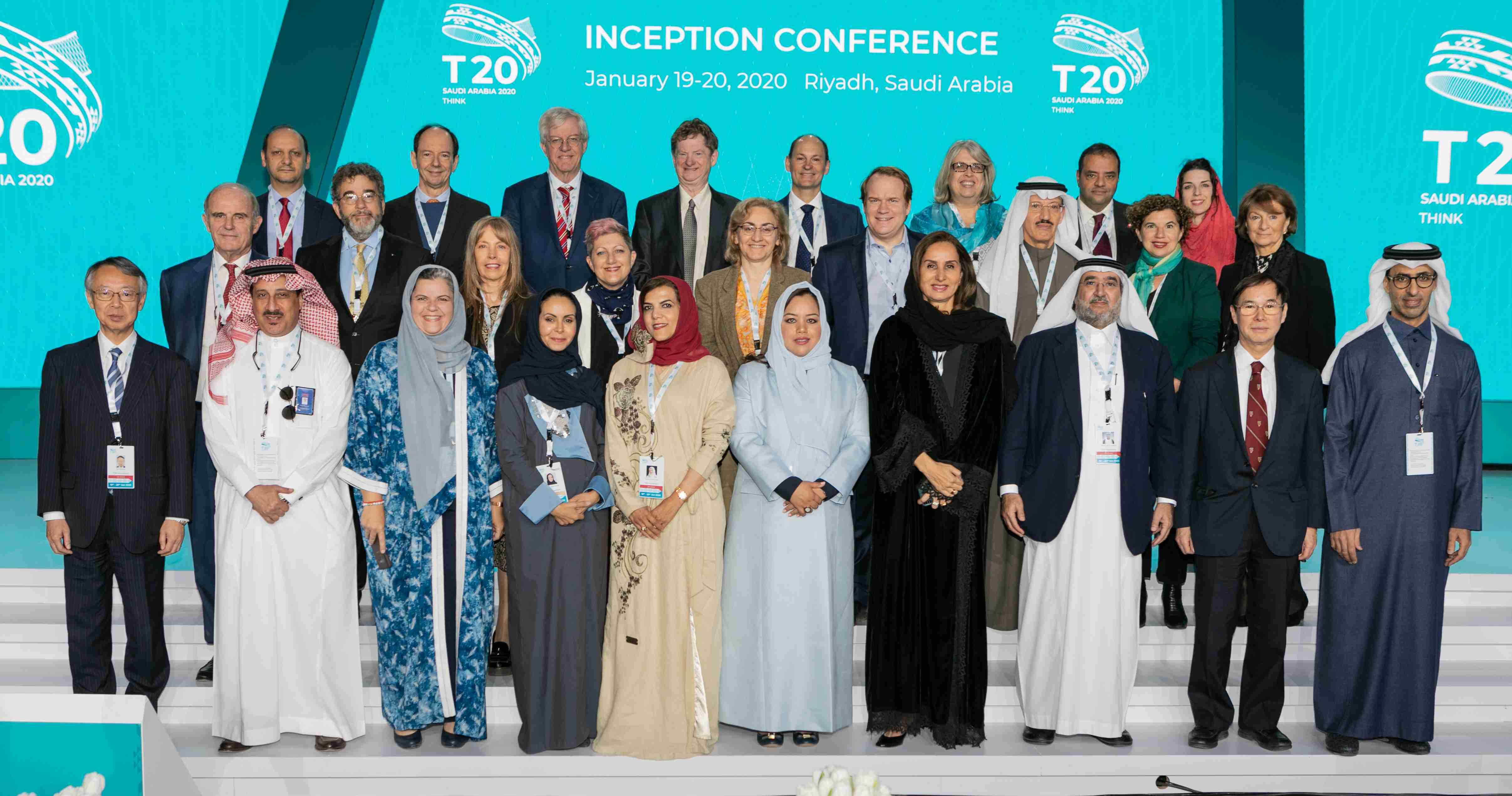 Joint Public Lectures with the Embassy of Japan

Another major pillar of the exhange was public lectures given by Japanese scholars, which were offered by the Embassy of Japan in Riyadh and hosted by the KFCRIS. In November 2016, Dr. Ken Jimbo, Associate Professor of Keio University, gave a talk at the KFCRIS with the title "New Security Dynamics in East Asia: Japan's Expanding Strategic Portfolio." This was followed by another talk in August 2018 given by Professor Kaoru Iokibe from Univerity of Tokyo, who lectured with the title "The 150th Anniversary of the Meiji Restoration: A Look at Japan's Modern Development in the Nineteenth and Twentieth Centuries". Both of these two public lectures attracted large numbers of audiences who were interested in Japan's international relations and modern history, respectively.

Research Publications in Relation to Japan

Maha Fallatah and Makio Yamada, “Linking the Tourism Opening to Local Product Development for Sustainable Job Creation: The Experience of the 'One Village One Product' Movement in Japan,” Commentary, November 2019.